Has The Resurrection Hour Come-Daniel 8:17?

Has the Resurrection Hour Come-Daniel 8:17? 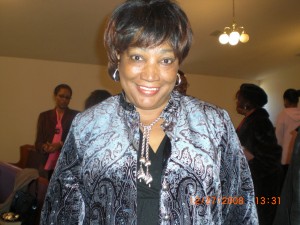 Rejoicing in the Resurrection

However, both the prophets and the apostles addressed the resurrection as a time of awakening from sleep. Using that metaphor, we approach the subject. When I was a young boy, my mother had a time for us to arise. We however, did not always like the time that she set for us.

To answer the question, has the resurrection hour come?, we’ll examine:

Daniels’ prophecies are quite an enigma. In most cases however, the puzzle of time is easily solved. When the interpret maintains a servant’s attitude verses a lord approach, God reveals the answer. Many who seek to interpret Daniel, do so by trying to understand the dream. For example, in Daniel 8:14, a part of the vision, many want to interpret what the two thousand three hundred days mean.

They often assign years. However, God gives the interpretation of the vision starting in verse 17, “Understand son of man, that the vision refers to the time of the end.” For those unacquainted with scripture the “time of the end” does not mean the “end of time.”

Rather, it means God’s appointed time for an event to occur within time as we know it. The prophecy expands upon that statement in verse 19.  In the Greek, it means the consummation of the appointed hour of indignation or vengeance. (See Word Biblical Commentary on Rom. 13:11, p. 786, Dunn) The LXX (Septuagint renders it the same).

It is the last hour of God’s indignation at the extremity of the days of national Israel. At that time God would also destroy the mighty and the holy people, Dan. 8:24; Dan. 7:25; Dan. 12:7. Upon hearing this message of the end of national Israel, Daniel, a faithful Jew, fainted and was sick for days before he could resume his business in the royal court.

In chapter 12, Daniel expands upon the events of that last hour. It would be a time of trouble (affliction or tribulation), at the end of which, the faithful among Israel would be delivered.

The Last Hour Is the Resurrection Hour

That is also the time of the resurrection, i.e. the awakening of those who slept in the dust of the earth.

“At that time Michael shall stand up, The great prince who stands watch over the sons of your people; and there shall be a time of trouble, such as never was since there was a nation, even to that time. And at that time your people shall be delivered.

It is here that Daniel leaves the subject of awakening out of sleep, another term for the resurrection hour. We too shall resign at this point, but only temporarily. The subject must now be addressed from passages found in the Gospels, Acts and the epistles.

For now, let it suffice that the appointed time of the last hour of indignation for God’s wrath upon Israel is inseparably joined to the subject of “resurrection  hour” as in their last hour.

Resurrection Hour and the End of the Age

Daniel 12:1, is quoted in Matthew 24:21, in the very chapter in which the Lord speaks of the overthrow of Israel’s temple, the time of the consummation of the age and of his Parousia to destroy the holy people, and deliver the righteous, per (Daniel 7:21–25).

To learn more about the last hour of Daniel and other end times events, pick up your copy of the Re-Examination, a study of the Lord’s second coming. Also check out other posts on this blog where we discuss the resurrection hour more in depth.