Was Walvoord Correct in His Assessment of the Land Promise? 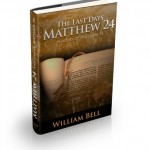 Most of the focus of the church on Israel involves the land promise made in Genesis 12:7.  As the late Dr. Walvoord remarked in His book, Prophecy, 14 Essential Keys to Understanding the Final Drama:  “The giving of the land to Abraham’s descendants has become a watershed in the study of prophecy, p. 39-40. The tendency has been to deny this is a literal promise. For Walvoord, every mention of the land God promised Abraham literally

included the area from the river of Egypt to the River Euphrates, per Gen. 15:15–18). He contended that “Prophecy specifies that Israel will be regathered to this land and installed in this land in connection with Christ’s second coming. He, as many of his disciples after him at Dallas Theological Seminary, erroneously concluded the re-establishment of a Jewish state in modern Israel fulfills the promise.  “The present movement of Israel back to the land and their formation of a political state seem to be the beginning of the fulfillment of this promise.”

Walvoord’s Errors are Covenantal and Chronological; two covenants were given to Abraham

The first covenant, that of the promise, came 430 years before the law in which God fulfilled the literal land promise. The latter would occur after Abraham’s descendants suffered the bondage of slavery in Egypt, Gen. 15:13–14, —well after Abraham’s death.

The Two Women and the Land Promise

The two covenants are described as two women in the allegory of Galatians 4:21–31, the first being Hagar equating to Mt. Sinai in Arabia, but which answered to Jerusalem which “now is,” meaning the literal land and people. The second was Sarah, who was from the Jerusalem which is from above, hence not literal dirt, who was free with her son Isaac, the son of promise.

Just as the Ishmael the older son preceded Isaac in Genesis, so did the literal land promise precede (in order of fulfillment) the spiritual land promise to Abraham’s descendants.

Walvoord’s confusion was his inability to separate the two mothers, the two sons, and hence the two lands. His doctrine resulted in a sort of craniopogus promise which he failed to separate.

That a second land promise which did not include or allude to the literal land promise in fulfillment is evident from Psalms 95:8–11. God, speaking through David, said, “Today, if you will hear His voice: Do not harden your hearts, as in the rebellion, As in the day of trial in the wilderness…So I swore in My wrath, they shall not enter My rest.”

Take note of the chronology here. Israel is “in the land.” After David, Solomon reigned over all kingdoms from the River to the land of the Philistines, as far as the border of Egypt, (1 Ki. 4:21) That was all the land  promised in Gen. 15:15–18, and which Israel received without failure, (Joshua 21:43–45).

Why then does God say approximately, five hundred years after David and Israel are in the literal land, that Today, if you will hear his voice? Why does he sware that like the rebellious generation, some would not enter his rest, i.e. the land?

Hebrews Chapter 4 and the Land Promise

When writing to the church, Paul quotes Psalms 95:11, three times in Hebrews chapters 3–4. Of particular note is the reference in verses 7–9: “Again He designates a certain day, saying in David, “Today,” after such a long time, as it has been said: “Today, if you will hear His voice, Do not harden your hearts.” For if Joshua had given them rest, then He would not afterward have spoken of another day. There remains therefore a rest for the people of God.”

This is the Abrahamic promise that came before the law, (Rom. 4:13), to be fulfilled after the  law (Gal. 3:16–19), not for the blood descendants of Abraham only, but to all by faith, Rom. 4:16). In Hebrews 11:13–16, God makes it clear that Abraham and the patriarchs looked for the heavenly country, the Jerusalem which was from above that constituted the true promised land.

Paul’s verdict to those who had been persecuted and chased out of Jerusalem is expressed in chapter 13:12–14. Therefore Jesus also, that He might sanctify the people with His own blood, suffered outside the gate. Therefore let us go forth to Him, outside the camp, bearing His reproach. For here we have no continuing city, but we week the one to come.”

That is a direct allusion to the impending destruction of Jerusalem and and the end of the Old Covenant terminating God’s relationship with fleshly Israel and their conditional promises of the literal land. To learn more of the land promise as revealed through Abraham’s two sons, get a copy of the e-book, Eschatology in Galatians, -Abraham Had Two Sons. Eschatology is a key element in understanding the land promise. For more information see our Last Days Video Bible Study Series where we walk through a survey of Israel’s key texts related to their land promise.