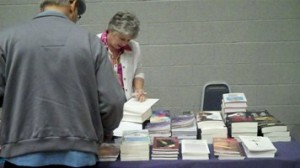 Perhaps one of the most exploited prophecies of the Jewish Scriptures, i.e. the O.T., is Ezekiel 38–39, which speaks of Gog and Magog. Who is represented by Gog and Magog, Russia, Germany, USA, or Iran? You may be surprised to find the answer.

However, if you’re listening to John Hagee you maybe mislead to believe that Gog & Magog represents a league between modern day Russia and Iran against the modern state of Israel. Such a notion has no place in Bible prophecy. It is a figment of Dispensational imagination.

To properly understand the meaning of Gog and Magog, one must correctly interpret the nations of Ezekiel 38–39. Once this is done a proper exegesis of the chapter is in order. The net result of that process will eliminate any nation of the modern era from the parameters of biblical prophecy, the United States included. Dispensational authors almost unanimously assign Rosh, Gog, Magog, Mesheck, and Tubal as being Russia.

This resulted from the influence of such men as Herbert W. Armstrong and John Walvoord. The problem with identifying these references to Russia and Germany is a linguistic one. It is that of reading modern place names into the original Semitic terminology.

Etymology of Gog and Magog

Similarity in sound for these words is only superficial. When words migrate from one language to another, vowels may change but consonants not only remain the same, but retain their same order. See “The Nations of Ezekiel 38–39 by Fred G. Zaspel.” (The conclusions expressed here are in no wise to be attributed to that author.) Many modern “would be prophets” will use any current “evil” nation as the subject of their end time scheme to give the appearance of Biblical fulfillment.

This coupled with a few statements from the Bible that Christ is returning soon and they have the “magic formula” for sensationalizing end time prophecy, and terrifying the living daylights out of most otherwise sensible people. Of the nations mentioned in Ezekiel, three are Libya (Put) which remains today. Also there is Persia, (modern day Iran) and Biblical Ethiopia which is the land just to the south of Egypt or Northern Sudan. Togarmah, a descendant of Noah through Japheth, then Gomer, is known to Assyrian records as Tilgarimmu.It was a city state in Eastern Anatolia (Asia Minor, or modern day Turkey) a fact generally accepted. Gomer, often mistakenly referred to as Germany because of the supposed similarity of lingustic construction.

Gog and Magog is Not Russia

Rather, Gomer is well known to the ancient world as Gimarrai of north central Asia Minor (Cappodocia). They are also known as Cimmerians. Rosh, is never listed as a place in the Bible and it was never associated as a 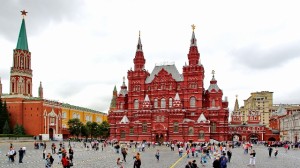 place with Meshech or Tubal. It is believed to refer to the chief prince of Mesheck and Tubal. Meshech is often erroneously referred to as Moscow.

Rather, it refers to Mushki of western Asia Minor, and is known as Phrygia, which fits very well geographically with the other terms. These were all people known to Ezekiel the prophet. Further, they were known to the N.T. writers. Peter addresses the pilgrims of the Dispersion in Asia Minor,(1 Peter 1:1). John wrote Revelation to the seven churches which were in Asia [Minor], (Rev. 1:11). Gog, much more difficult to interpret ranges in suggestions from a king of Lydia in extreme western Asia minor to a god named Gaga, a ruler of the land Sakhi, north of Assyria, and others.

According to the Septuagint, Gog may be merely an official title or general designation for an enemy of God’s people. This seems a likely description especially considering the context that Gog and Magog would launch an attack against God’s people in the last days. Magog, perhaps the most difficult to determine refers to some place in Asia Minor also.

Now, when these names are viewed as those south of Israel, as in Biblical Ethiopia (Sudan), Libya, and Biblical Persia or (modern day Iran,) then to the north of Israel as in Asia Minor, we have the “farthest north” point for the prophecy. The key is understanding the text from the ancient prophet Ezekiel’s point of view, not from modern day would-be prophets. Is there any justification to apply “Gog and Magog” to Russia, Germany, the USA or even Iran today?

Gog and Magog and the Outpouring of the Holy Spirit 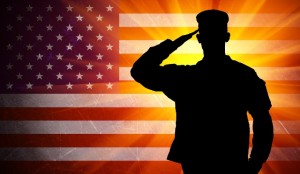 Here are the facts from the context of Ezekiel 38–39. The prophecy would find fulfillment when God poured out his Spirit. This places the prophecy under the purview of Joel 2:28–32, within the last days of the Biblical national Israel. This is not to be confused with the modern state of Israel today.

Peter affirmed Joel’s prophecy of the Spirit was being fulfilled in the last days, (Acts 2:16–20). Further, Joel mentions that “in those days and at that time,” God would bring back the captives of Judah and Jerusalem, but also gather all nations in the valley of Jeshophat and enter into judgment on account of his people Israel, (Joel 3:1–2). This battle is another description of the battle of Gog and Magog. It accords precisely with God’s promise to gather Israel into their land, not in 1948, but in the time of the outpouring of the Holy Spirit. (Ezekiel 36:24–26; 37:12–14; 39:29; 38:80)

Compare with God’s promise of the Spirit in Ezekiel. He clearly says that when the prophecy of Gog and Magog is fulfilled, he shall have poured out “My Spirit” on the house of Israel. It would also be a time of judgment, (Ezk. 38:21–22) How can this prophecy refer to the modern state of Israel who rejects Christ as the Messiah, thus cannot receive the gifts of the Spirit, even if they were poured out today!?!

Yet those calling themselves Christians and maintaining Dispensationalism are supporting these atheists as people of God! Acts 2:16–20, made it very clear that the Holy Spirit was poured out on the followers of Christ in the first century in fulfillment of Joel’s prophecy. “This is that which was spoken by the prophet Joel…”

The state of Israel formed in 1948 is anachronistic, an error in time, among others with respect to the fulfillment of Bible prophecy. They do not have the Holy Spirit as prophesied by Joel and are centuries too late for that outpouring by the Messiah, Jesus Christ.

As Joel prophesies, Ezekiel likewise sees the destruction of Gog and Magog in the last days. They would come up against God’s people like a cloud to cover the land. “It will be in the latter days that I will bring you against My land, so that the nations may know Me, when I am hallowed in you, O Gog, before their eyes.” (Ezk. 38:16) Now, observe that God says “And it will come to pass at the same time, when Gog would come against the land of Israel.” (v. 18).

These prophecies have nothing to do with modern day USA, Russia, Germany, Iran or Jerusalem. They all refer to the first century when God poured out the Holy Spirit. Now within this time, Gog and Magog came against God’s people. Thus, we must look for a nation which comes to fight against God’s people within the last days of Biblical national Israel. A people who come out of the far north in Asia minor and from as far south as northern Africa, along with all the nations.

Gog and Magog and the Messianic Banquet

At this time, God would give Gog and Magog a burial place in the land of Israel. His people would gather together from all sides and eat his sacrificial meal of victory over their enemies. Revelation 19 picks up this scene of the sacrificial meal. True to our time table, it is in the last days shortly before the end of the age, for God and Magog battle against the ascended Christ.

Since we have demonstrated that this battle takes place during the time of the outpouring of the Spirit, then the battle of chapter 19, takes place after Christ’s ascension (John 7:39) but before the end of the Jewish age, for at that time, the Spirit’s ministry ends, (1 Cor. 1:7, 8).

The beast and the kings of the earth gather together to make war against Christ who sat upon the horse and against his army. This is the final last days battle of Gog and Magog. In Revelation 20, Satan (the enemy) goes out to deceive the nations which are in the four corners of the earth, God and Magog to gather them together to battle, whose number is as the sand of the sea.

Gog and Magog is then fleshly or national Israel who persecuted the saints of the first century. They are the enemies of Christ in Phil. 3, the objects of wrath in 1 Thess. 2:14–16, and the beast of Revelation who makes war with the saints, according to Daniel 7:21-22.

Want to learn more about Christ’s return in the first century? Get your copy of the author’s The Re-Examination, a study of the second coming of Christ in 70 AD.