Is God Late On Fulfilled Prophecy?

Futurists are well aware of the immanency of end times Bible prophecy. This fact is evident in the many attempts to explain or defend the so-called delay of the Lord’s coming. In other 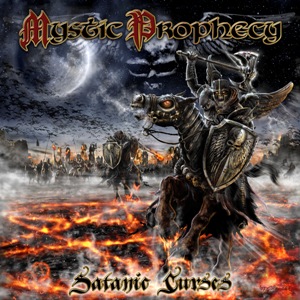 words, they believe God is late and they are ready to write him an excuse to let him back into prophecy class, like a student with a note from a parent. There is no escaping the fact that Jesus and His apostles taught, and both believers and non-believers’ expectations from those teachings was an imminent end of the world. To this very day, Christianity is mocked because of its seeming inability to cross the finish line of fulfilled prophecy.

Why Did the Scoffers Appear Prematurely To Protest the Delay of Fulfilled Prophecy?

Isn’t it rather strange that the scoffers of Second Peter three would appear so early in history to protest a coming that was not on God’s “things-to-do-list” until sometime in the 21st century and beyond? That would be the equivalent of a 2 year old who lives to be a centenarian showing up at his own funeral on his 3rd birthday, wondering why he isn’t dead yet.  Imagine the morticians telling him, well, young man, you’ve got 97 more years to live before we do this. We’ll be happy to oblige but all of us will have already died before you!

The Scoffers Lie About Fulfilled Prophecy

Why did God predict and foretell that they would come in the first century to scoff at a coming and judgment for which he would be late? In Isaiah 28:14-19, God prophesied through Isaiah that men would come scoffing in the last days. “Therefore hear the word of the Lord, you scornful men, who rule this people who are in Jerusalem, Because you have said, “We have made a covenant  with death, and with Sheol we are in agreement, when the overflowing scourge passes through, it will not come to us, for we have made lies our refuge, and under falsehood we have hidden ourselves.”

Please note the text very carefully. Even though the scoffers are prophesied as saying that the judgment will not come to us, and because God says they have “trusted in lies for their refuge and hidden themselves under false hood…” Wait a minute. Hold the phone, please. God predicts that not only the scoffers would come to protest the judgment, but he says they are liars! Now what does that mean for the immanency of fulfilled prophecy? If the scoffers lied then shouldn’t we examine that about which they lied?  What were they saying? They were saying God is late, the judgment is not coming as prophesied, taught and expected!  Futurists, do you hear it.  God said that was a lie!

How could God get it right about the scoffers coming in the last days and lying about a supposed delay, but miss it on Christ’s coming in those same last days? Why would He make Christ and the Apostles to teach falsehood to make the scoffers look good about that imminent coming? That’s the equivalent of saying that God knows how to fulfill prophecy for liars but not for those who on every other occasion recorded truth.

Admitting the Scoffers Are Liars About the Delay of Fulfilled Prophecy

Once we are in agreement according to prophecy (Isa. 28:14-19) mentioned above that the scoffers are lying, then how could it be said that what was predicted did not come to pass? The very promise of Isaiah 28:14-19 is that the scoffers’ words would be overturned. “Behold I lay in Zion a stone for a foundation, a tried stone, a precious cornerstone, a sure foundation; whoever believes will not act hastily. Also I will make justice the measuring line, and righteousness the plummet; The hail will sweep away the refuge of lies, and the waters will overflow the hiding place. Your covenant with death will be annulled, and your agreement with Sheol will not sand; when the overflowing scourge passes through, Then you will be trampled down by it. As often as it goes out it will take you; for morning by morning it will pass over, and by day and by night; It will be a terror just to understand the report.”

In our next study, we will pick up here to offer further comment on this futurist dilemma with fulfilled prophecy and the words of lying scoffers. Be sure to check out the next post. A Day is As A Thousand Years – Is God Late On Fulfilled Prophecy?