Foreknowledge and Predestination in the Bible 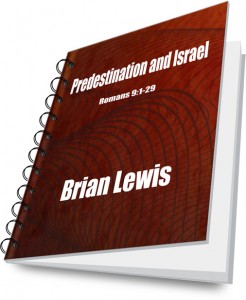 Foreknowledge and Predestination of Israel

What can we learn about the subject of foreknowledge and predestination in the Bible? It has long been my understanding that the foreknowledge of God is directly related to his covenantal promises with Israel. It is understood that many will not agree with the views expressed here. However, the reasons are based upon the scriptures supplied below. Let’s take the term foreknowledge.

The foreknowledge of God is expressed in Galatians 3:8. “And the Scripture foreseeing that God would justify the Gentiles by faith, preached the gospel to Abraham beforehand, saying, “In you all the nations shall be blessed.”

In this example, Paul records that God foresaw that he would justify the Gentiles by faith. What God foresaw is what he foreknew. The terms are no different. This shows that what God foresaw related specifically to the text in Gen 12:3, related to Israel and the salvation of the nations. But how does foreknowledge and predestination merge together in scripture?

Foreknowledge and Predestination Work Together

Now, if we take the verse above and apply it to Gal. 3:8, we can learn that when God foreknew he would justify the Gentiles by faith, he also predestined them to salvation. We must understand that God did not predestine the Gentiles apart from the predestination of Israel. It is through Israel that the promise would be fulfilled.

“Christ has redeemed us from the curse of the law, having become a curse for us (for it is written, “Cursed is everyone  who hangs on a tree”), that the blessing of Abraham might come upon the Gentiles in Christ Jesus, that we might receive the promise of the Spirit through faith,” (Gal. 3:13-14).

Foreknowledge and Predestination of the Israel

To demonstrate that the foreknowledge and predestination of God must be understood from Israel’s point of view is evident from Ephesians. “Just as he chose us in Him before the foundation of the world, that we should be holy and without blame before Him in love, having predestined us to adoption as sons by Jesus Christ to Himself, according to the good pleasure of His will,” (Eph. 1:4-5).

These scriptures do not violate God’s wisdom and omniscience at or before creation. It’s simply not the focus of these texts based upon the context. It is Israel who was predestined to adoption as sons.  To them belong the covenants and promises, (Rom. 9:4). They were under the law requiring redemption from the elements of the world that they might received the adoption of sons. It is because salvation was “of the Jews” (John 4:22) that the blessing of Abraham came upon the Gentiles through faith. God’s foreknowledge and predestination is Israel-focused from start to finish.