Flesh and Blood Shall Not Inherit the Kingdom of God

The Kingdom of God and Resurrection 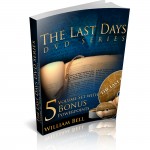 1 Corinthians 15 is butchered by most interpreters, especially the text regarding inheriting the kingdom of God, (v. 50). In this writing, I want to suggest another angle from which to consider the meaning of inheriting the kingdom so that the focus is not on human bodies coming out of graveyards. This view distorts the chapter and runs far amiss of what the apostle had in mind.

Flesh and Blood and the Kingdom of God

As we examine the context of 1 Corinthians 15:50, we should question why Paul uses the concept of “flesh and blood” as it relates to inheriting the kingdom. He is not focusing on the biology of man. Rather he focuses on the genealogy of the Old Covenant people, particularly Israel according to the flesh. This contrast appeared very early in the ministry of John, the baptizer.

Remember, John’s message was repent, for the kingdom of God is near, (Matt. 3:1-2). When we follow the contextual setting in which John uttered those words, we find that immediately he cites a text from the Old Covenant, i.e. from Israel’s scriptures. See Isaiah 40:3f. Following this citation Matthew notes that all Judea comes to John’s baptism, among whom are Pharisees and Sadducees whom John warned and called a brood of vipers.

The particular issue he raises with them is their claim to Abraham as their father. Not! John warns them, don’t even think about it. In other words, here was a Jew, telling other Jews, they have no right, no claim to Abraham. Were John preaching today, Dispensationalists and Zionists would label him Anti-Semitic!  John knew that all Jews were not Jews and he was not the type to bite his tongue or mince words about it.

John addresses their claim to genealogical connection to Abraham. Why did they come to his baptism? They were seeking to inherit the kingdom of God. But, in order to do that, they had to be a son of Abraham. John’s reply. Don’t even think about it. God can raise up stones that have a closer link to Abraham than do you Pharisees and Sadducees. Ouch!

Only Sons of God Inherit the Kingdom of God

The privilege of the kingdom of God is not natural birthright, but spiritual. “He came to His own, and His own did not receive Him. But as many as received Him, to them He gave the right to become children of God, to those who believe in His name: who were born, not of blood, nor of the will of the flesh, nor of the will of man, but of God. (John 1:11-13)

Citizenship in the kingdom comes by “right” through faith in Christ, not by natural birthright. This is why the Jesus and the message of the cross was so offensive to the Jews of his day, and it is why many are offended by the gospel today.

Nicodemus, immediately inquired about “genealogy” fully understanding his Jewish heritage. “How can a man be born when he is old? Can he enter the second time into his mother’s womb and be born? Yes, if you’re talking about natural birth. No, if you’re talk about spiritual birth in the kingdom of God. Jesus clearly meant the latter, as his explanation showed. “That which is born of the flesh is flesh, and that which is born of the Spirit is spirit.” (John 3:6)

Sons By Faith and the Kingdom of God

The privilege of being “born again” entitled one to the inheritance. This theme is quite prominent in the writings of Paul. When he speaks of “sons” he speaks of “heirs”, joint-heirs with Christ of the kingdom of God.

In Romans 8, a chapter that clearly focuses on resurrection, the connection of “sons of God” must not be minimized. “Paul’s discussion of resurrection in verses 10-11 do not end there. He continues all the way to the end of the chapter, but more particularly, he focuses on their status as sons in verses 14-24. The key term is “adoption.” We will discuss that more particularly later.

“For as many as are led by the Spirit of God, these are sons of God. For you did not receive the spirit of bondage [slaves to the Law] again to fear, but you received the Spirit of adoption [sons by faith in Christ and the gospel] by whom we cry out, “Abba, Father.” Slaves were not privileged to call the Master of the house “Father.” (See my book on Eschatology in Galatians).

The Kingdom of God and the Adoption as Sons

In the Galatians letter, chapter four begins with a discussion of sons as heirs. The thought is continued from chapter three where the apostle contrasts those who were shut up in prison under the Law versus those who by faith became “sons of God.” Those who became sons authenticated themselves as Abraham’s true seed and thus were heirs to the promise of the kingdom of God, (Matt. 8:11-12).

It should not be difficult to grasp that “inheriting the kingdom of God” equals resurrection for that is what 1 Corinthians 15 unequivocally states. That is the message of Matt. 8:11-12, and all the texts we are discussing.

Thus, Paul says, “And because you are sons, God has sent forth the Spirit of His Son into your hearts, crying out, Abba, Father!” Therefore you are no longer a slave but a son, and if a son, then an heir of God through Christ. But an heir of what? An heir of the kingdom of God!

Note again the connection with the word adoption. But, in Romans 14:23, the adoption is the redemption, i.e. the resurrection of the body. That is clear proof that Paul’s discussion of sons, adoption and inheritance of kingdom of God in 1 Corinthians 15:50 is about their status as “sons of God!, not about genealogical tables and DNA tests. “Thus, in relation to Christ’s coming, John writes, “Behold what manner of love the Father has bestowed on us that we should be called “sons of God.”

This is how they would be revealed? Their status as true sons of God was hidden, (Col. 3:3-4). As the Jews did not know Christ as the Son of God, they likewise did not know the saints as sons of God. However, when they inherited the kingdom of God while the Jews were cast out into outer darkness (banished from God’s presence as the covenant people in A.D. 70), they were manifested to the world as true sons of God in glory.

Inheriting the Kingdom of God at the End of the Age

The time for the fulfillment of the inheritance arrived at the end of the age in A.D. 70. Jesus spoke of the resurrection saying those who attained to that age, are the “sons of God” being “sons of the resurrection.” (Luke 20:35). He clearly contrasts the age of Moses, i.e. the “sons of this age” who were subject to the Levirate Law of Marriage (Deut. 25:5-10), with the age to come, the present Christian age.  At every turn, “inheriting the kingdom of God is about being sons by faith versus biology and genealogy.