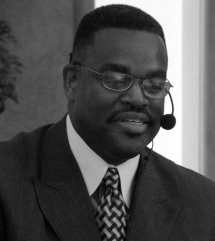 The statement “flesh and blood cannot inherit the kingdom of God” appears to be problematic in the study of eschatology. Especially for those who believe resurrection is yet future involving the rising of biological bodies from the ground or some post 70 A.D. ongoing individual body resurrection.

Once it is granted that “flesh and blood” refers to biology, it is easy to continue such reasoning and impose it upon the text. Readers should be reminded that Paul does not cite physical death as the starting point of his resurrection thesis. His starting point is Hosea 6, an Old Covenant referent to sin-death.

Readers who believe that full preterists are forcing sin death upon the context should begin there to understand what and how we are presenting our line of argumentation. It’s that simple. Hosea speaks of the death of Ephraim, i.e. the 10 tribes whom God would tear apart as a lion tears his prey.

God says he will leave them (abandoned, cutoff, excommunicated as covenant-breakers), and no one would rescue them. However, he gave them a glimmer of hope that made rescue possible. He promised to return to His place, till they acknowledge their offense. Then they could seek his face, i.e. return to his Covenant presence.

The plea in Chapter 6 is that they do repent and return to the Lord. In so doing, they would be healed, their wounds bound up and they revive from death. Hosea did not write to physically dead people. He wrote to those who were dead because of sin.

When Paul picks up that conversation in 1 Corinthians 15:3-4, he yet focuses on the nature of that death saying Christ died for their sins and rose from the dead according to the scriptures.

This establishes a link between the context of Hosea and 1 Corinthians 15.

The problem of sin-death is not remedied in Hosea. In chapter 13, Ephraim’s woes deepen through Baal worship resulting in death and rather than repenting, they sin more and more. They are left with the promise of resurrection. “I will ransom them from the power of the grave; I will redeem them from death. O Death, I will be your plagues! O Grave, I will be your destruction!. Pity is hidden from My Eyes.

Israel, because of sin in breaking the covenant cannot enter the kingdom. This Jesus made clear in John 3 where he informs Nicodemus that Israel must be born again. This sets up the “fork in the road” where many go down the wrong path toward resurrection.

Nicodemus gets confused upon hearing Jesus’ words of the new birth. His limited paradigm can only focus upon the covenant world in which he was born and how he got there in the first place. Nicodemus was born into his covenant relationship with God by physical birth. This, physical birth for Israel was equated to entrance into the covenant.

Given this paradigm it makes sense how it could be said that those outside of the covenant do not exist. Natural birth and covenant membership were inseparable for Israel. Jesus being fully aware of this addressed it not only here, but elsewhere in John, namely, chapter 6:44-45:

“It is written in the prophets, And they shall all be taught by God. Therefore everyone who has heard and learned from the Father comes to Me.” This is just the opposite of what occurred in the Old Covenant. They were born into it and taught of God after becoming members of it. This is why Deuteronomy 6, and the command to teach the children is so central to their orientation into covenant life.

Jeremiah said, God would make a new covenant, with Israel and Judah, but not according to the old where everyman was required to teach his brother and his neighbor to “know the Lord.” To the contrary, in the new covenant all would know him because of the words of Christ cited above. They would hear, learn and then enter the kingdom. That is a radical change from the existing covenant life of Israel to which Nicodemus was accustomed.

It is admitted that the Bible speaks of flesh and blood from a biological viewpoint. Passages such as Matthew 16:17; Eph. 6:12 and Heb. 2:14 are good examples. However, the fact that such texts speak of flesh and blood in a biological sense, does not rule out the possibility that the terms can be used in a covenantal sense. Those who only see physical resurrection in 1 Corinthians 15 are reluctant to entertain this view. They appear to use circular reasoning by such statements as, “since we know the resurrection hasn’t happened yet, or since we know Paul is talking about an individual physical body, and since we know that other texts in the Bible (such as those above) refer to the biology, then this text must mean the same. It sounds good, but it’s flawed reasoning.

And, because that is the only reference where the sun, moon and stars referred to one’s biological family that we can find in the Bible, it does not lessen its truth or negate the fact that it is used in that manner.

John addressed the issue of flesh and blood from a covenantal perspective in John 1:12-13. There, he spoke of the new birth. ”

He came to His own, and His own did not receive Him. But as many as received Him, to them He gave the right to become children of God, to those who believe in His name: who were born, not of blood, nor of the will of the flesh, nor of he will of man, but of God.”

Observe that those who received Christ were given the right or authority to become children of God. They were not children of God by virtue of their physical birth. They experienced a new birth, however, not one of blood, flesh or will of man, but of God. That means they were no longer “flesh and blood” covenantally speaking. Jesus said that which is born of the flesh is flesh, and that which is born of the Spirit, i.e. of God, is spirit.

For this reason, Paul said, those who are in the flesh, cannot please God. Now, let us examine this marvelous concept for a moment.

The Biological View of Flesh and Blood Creates A Contradiction

Doug Wilkinson, on the “Death is Defeated” website suggests I have made a mistake. He says that Hebrews 12:28 speaks of a post 70 A.D. time of inheriting the kingdom. To this we reply, surely, the time of inheritance was future, but 70AD was not in the far distant future. Surely, he does not affirm that all the saints died in 70AD.

Nor does God change kingdom programs. Christ affirmed the time was fulfilled for the kingdom of God to appear. It was at hand. Daniel taught that when Christ, the Ancient of Days, defeated the “little horn” (Israel, more particularly Judah), the time came that the saints “possessed” the kingdom. Israel was defeated in 70 AD.

That harmonizes with the text in Luke 21:20-22, 31-32. Thus, Jesus affirmed all would occur within his generation. We do not have another kingdom program beyond that promised and fulfilled in 70 AD. Either the saints possessed it in 70 AD and all believers now are in it, or it has not arrived. Since we have the kingdom, thereby having inherited it, it must follow, we are not “flesh and blood” from a covenant perspective.

Flesh and blood is used in a biological sense to refer to normal human experience. It refers to the substance of our bodily makeup.  Flesh and blood also can and does refer to opposing covenantal states. It is the only way we can make sense of Paul who says those who are in the flesh cannot please God. If such means biological, all believers are in trouble and must await death to even enter the kingdom.

See the table above for the comparisons between flesh and blood and the spirit born saints. When we understand flesh and blood in 1 Cor. 15:50 covenantally, we avoid the contradiction and conflict with Hebrews 12:28.