Are there flaws in rebuilding the temple theory? All kids believe in some sort of fairy tale, whether Santa Claus, Snow White and the Seven Dwarfs, or in Aladdin and his magical lamp. 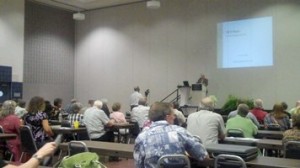 When kids mature into adults, they generally grow out of fairy tales. Why? because such fairy tales are easy to distinguish from reality. In the world of eschatology, fairy tales are not so clear especially when men of prominence, money and power espouse them before world wide audiences. Nevertheless, it is not difficult to spot the fairy tales if one would simply take the time to carefully read a few passages of scripture. One such fairy tale is that of the rebuilding of the temple in Jerusalem, requiring the destruction of the third most sacred place in

the Muslim world, where the Dome of the Rock is located.

Men such as John Hagee, Randall Price and a host of other Premillennials Dispensationalists advocate the destruction of the Islamic Dome of the Rock so that the Zionist movement can begin “rebuilding the temple” in order to provide the “props” for the bloody end time battle to take place.

In other words, without this temple, they cannot experience the end time they are advocating and alleging from the Bible. This should be a huge clue to them and the masses of their followers that something is totally amiss.

What are the Flaws in Rebuilding the Temple Theory?

Time and space does not allow to do a full exposition of the subject. However, this deception can easily be refuted taking note of a segment of Hagee’s book, “Beginning of the End”  where he advances the proposal.

What are the requirements for the end time according to Hagee related to the temple?

Let’s take each of them in order.

According to reports from True Torah Jews, they consider themselves to be in exile since the Roman invasion and destruction of the temple in the first century 70 AD.

The following are reported by them which they say they are not to do while in exile:

On the other hand, Hagee recommends a pre-emptive strike on Iran. He knows that if the Israeli state destroys the Dome of the Rock and rebuilds the temple, it will incite and Islamic Jihad.

Some have written that prior to the creation of this state in 1948, Muslims, Christians and Jews lived in the land in peace. Since its creation, none of them do.

This is so contrary to Christianity and the mission and purpose of Christ’s vicarious mission that it hardly deserves mention. Note in Hebrews:

By that will we have been sanctified through the offering of the body of Jesus Christ once for all.

And every priest stands ministering daily and offering repeatedly the same sacrifices, which can never take away sisns.

But this Man, after He had offered one sacrifice for sins forever, sat down at the right hand of God….

For by one offering He has perfected forever those who are being sanctified. (Hebrews 10:10–14)

Jesus’ death resulted in a “once for all and for all time” sacrifice for sins. Hence, no more inefficacy of the blood of bulls and goats need to be shed, which can never take aways sins, (Hebrews 10:1–4).

Besides, the only reason Hagee and other Premillennial Dispensationalists must have these animal sacrifices in their end time plan is so the alleged coming Antichrist can stop them once again! It’s a ridiculous notion. This brings us to point number three.

Christians are admonished not to conform to the age of Judaism with animal sacrifices but to offer their bodies as “living sacrifices” versus those of dead animals, (Rom. 12:1,2).

Rebuilding the Temple and the Antichrist Takeover

Not only must the sacrifices be stopped “again” as they were in 70 AD when Rome sacked Jerusalem according to this theory, but the temple must also suffer another destruction.

They are proposing rebuilding the temple only to see it go up in smoke! Why not just act it out on a computer screen and save the tax dollars!

Nevertheless, let’s take a look at the proof-text offered for this doctrine. We are told that the temple must be rebuilt before Christ returns because the Antichrist will take over the temple. This supposedly occurs during the midpoint of the tribulation.

“Again, a temple must have been built in order for the Antichrist to seize and defile it as he will.” (BOE, p.141). Hagee gets this from Second Thess. 2:4.

Here is what he misses completely in the text. First, it was addressed to first century saints, i.e. the Thessalonicans, who were much more familiar with the events than was Hagee.

In fact, Paul told them specific details about the Antichrist while he was with them, i.e. in their city, in their church. They had first hand information from an inspired apostle about the working of the Antichrist.

Secondly, described as the mystery of lawlessness, the apostle emphatically stated that at that time, it was already at work, and was being restrained.

Thus, this Antichrist was at that time sitting in the then existing temple of God showing himself that he was God. Further, it means that when the temple was destroyed in 70 AD, he was then destroyed and removed from the temple along with the sacrifices. That was the fulfillment of the prophecy.

The problem was simply that he was not recognized at the time Paul wrote because it was an “inside job.” Consider that the threats that went out to destroy Christ initially and Christians later came from Jerusalem according to the Gospels (Matt. 26:2–5), and Acts, (8:1; 9:1–2; Gal. 1:13).

Jesus emphatically declared that the first century generation would by no means pass away till all those things (his coming, the great tribulation, abomination of desolation and destruction of the temple in Jerusalem) takes place, (Matthew 24:34)

These events are therefore in the past, not in the speculative, deceptive views about the future. The rebuilding of the temple is out of step.

When Peter cut off a man’s ear with his sword in defense of Christ, Jesus said, those who live by the sword shall perish by the sword. He then replaced the man’s ear. How many lives have Hagee put back together with his doctrine of demons?

When questioned under oath by Pilate on whether he was a king, Jesus clearly stated, that his kingdom was not a kingdom of the world. “If my kingdom were of this world, then would my servants fight that I should not be delivered to the Jews.” But now is my kingdom not from here, (John 18:36)

Rebuilding the Temple Summary and Conclusion

All the above demonstrates that to rebuild the temple in the name of blood so that Christ can return is a delusion. How great will the death count be before it ceases?

The fact of the matter is, Jesus completed his mission completely and correctly the first time, (Matt. 24:3, 30–34; Lk. 21:20–22). That’s why the temple and the sacrifices and have long since ceased and do not exist to this day.  Recreating them is an exercise of folly and futility.

Check out the Re-Examination, a study of Christ’s Return in 70 AD. Click here to order.