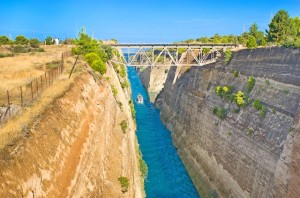 We continue our study of 1 Corinthians 15 to focus on the death of which Paul speaks in the chapter. A common view is that he refers to physical death and a resurrection of our physical bodies at some time future to us.

In our first lessons, we demonstrated that the chapter introduces the subject by referring to sin death. Our aim in this series of writings is to determine whether Paul maintains that focus throughout the chapter.

As we move forward in this current discussion, it’s important to understand the next series of arguments Paul makes in his defense of the resurrection of the dead ones which some, but not all at Corinth denied.

For our purpose, we will not examine all of them, but one in particular which is directly germane to our present task. These arguments or consequences that were rejected by the Corinthians are found in verses 13-18:

Sin’s Consequence Before Physical Death – Yet In Your Sins

While all the above consequences are rejected by the Corinthians as conclusions they did not accept. Each of them contradicted the teaching of some at Corinth who opposed the resurrection of the dead ones.

In particular, note that not one of the consequences listed is a reference to a biological body rising from the ground. Every one of them relates to faith and conversion from sin. Preaching is designed to save those that believe, (Rom. 1:16; 1 or. 1:18).

Faith, a direct result of preaching equals salvation from sin, Rom. 10:14. The Apostles were the human instruments carrying forth the saving message of gospel through whom the Corinthians believed, (1 Cor. 15:15; 2 Cor. 4:7; Gal. 1:6-9).

You are yet in your sins. They need not forage around the grave yard. It will provide no useful discovery in the application of Paul’s words. Rather, look within their own hearts and response to the gospel message.

Further, the emphasis of v. 18 clearly extends beyond physical death to what happened beyond their biological demise. Paul said, Christians who fell asleep, i.e. who died, have perished, if the dead ones do not rise.

Perished is from the Greek word, “apolumi” and means “to destroy utterly” “to bring to nought, make void” (Analytical Greek Lexicon, 1978 p. 45).

Sin’s consequences do not cease with physical life. They extend beyond the grave, beyond physical death. Jesus told the Jews, “If you do not believe that I am he, you will die in your sins, and where I am you cannot come. (Jn. 8:24).

He did not say, if you do not believe that I am he you will die, meaning biological demise . Thus physical death was not a consequence of believing or not believing in Jesus Christ. However, “perishing” after death is.

Thus, sin’s consequences extend beyond physical death. This serves to further demonstrate the focus of 1 Corinthians 15 and why it is introduced and continues the emphasis on sin death.

We have demonstrated that the consequences of those who objected to resurrection in 1 Corinthians 15 were not accepted by them. They believed just the opposite. But these consequences flowed naturally and logically from their opposition to the resurrection of the dead ones.

All the consequences mentioned related directly to sin, salvation from sin or condemnation for sin. Not a single one involved the raising of a body from the ground or the failure to do so. More specifically, we examined the consequence of the dead ones not rising for the living. It meant they were yet in their sins.

Concerning the Christian dead, i.e. those who fell asleep in Christ, if Christ had not risen, it meant they had perished after their physical demise. That Paul intended his words to be understood as hope beyond the grave is expressed in v. 19. “If in this life only we have hope in Christ, we are of all men the most pitiable.”

Thus, unlike others, Christians do not perish in death. They live eternally with the Lord.

Get Your Copies of the Companion Study of 1 Corinthians 15. There are two audio CD’s which provide a full context study chapter by chapter beginning in Chapter One. Follow this guided study and you’ll notice the awesome insights the apostle reveals for Chapter 15.