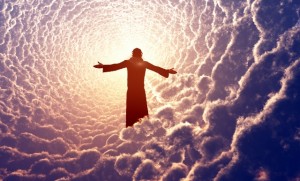 In this our third installment on First Corinthians 15, we examine the dead ones, a major motif in the chapter but, to determine the nature of the death we continue with further investigation.

We have looked at the first section in determining the purpose of Jesus’ death. We’ve also looked at the background in Hosea chapter six. Both of those led us to the trail of sin-death as the subject of Paul in the earlier verses of the chapter.

Remember also our statement that we must begin correctly, stay the course and hopefully we will end on the right note.

Up to this point, we have seen no indication that Paul has introduced the concept of biological death into the equation of the resurrection.

We encourage you to visit the previous studies:

Again, we highly encourage you to get the development of the Framework in the 1 Corinthians 15 studies found at the bottom of this page.

The Dead Ones (nekron)

The chapter leads into a discussion of the dead ones immediately following the proofs of Christ’s resurrection from among the dead ones. It is important that we focus on who exactly they were. By aligning himself with the “dead ones” we get another glimpse of the nature of the resurrection when Paul’s line of reasoning is followed.

There is an organic connection of solidarity with Christ and the dead ones. First, these “dead ones” are not Christian dead saints. We know that because of chronology. There were no Christians when Christ died. Nor were there any Christians when he rose from the dead. So, the dead ones, are essentially and exclusively Old Covenant saints.

As dead ones, they are not in a physical body. They are not merely dead because they have no vital signs. They are under the power of Covenantal death or sin death, hence they are in Hades. In Hebrews, Paul writes concerning the Old Covenant saints. “And for this reason, he is the mediator of the new covenant, by means of death, for the redemption of the transgressions which were under the first covenant, that those who are called may receive the promise of eternal inheritance.”  (Heb. 9:15).

Thus, these saints were not only physically dead, they were dead in sin through transgressions from which they had not yet been released even in death. This prevented their entrance into heaven, even though they died in faith (Heb. 11.) Since Christ rose from among this group, it must of necessity be the case that he too experienced Hadean death having been separated from the Father in taking on the sins of man.

Further, this is also why he is the firstborn from the dead. No one before him had escaped Hades and the power of sin. This fact is His resurrection proves that he had conquered the death that Israel feared all their lifetime, (Heb. 2:15). Finally, someone had broken the spell, and removed the curse.

So, why were they not delivered when Christ was? It’s because, God had an order to the resurrection of which we shall discuss later. They had to wait until the proper time when they would be allowed to escape the death grip of sin.

The Consequential Relationship Between the Living and the Dead Ones

Paul, in addressing “some” [not all denied it] who denied the resurrection of the dead ones, demonstrated the solidarity of their relationship to Christ and escape from sin. He stated that if Christ was not raised, then their faith was futile, (they had no salvation) and they were therefore, yet in their sins.

He gives consequences that the Corinthians did not accept. For those who denied the resurrection of the dead ones, it meant Christ was not raised. Why? It’s because he was formerly one of those very dead ones whose resurrection was denied.

Secondly, if Christ was not raised, they had no salvation. Thirdly without salvation, they, like the dead ones, would be yet in their sins. It’s important to note that he said nothing about being yet in their tombs or graves.

Christians Who Were Dying Perished

The next consequence that suggests spiritual death is that those who among their Christian brethren who died after having believed in Christ had perished in death. Fee records the following:

Second, “indeed, also those who have fallen asleep in Christ [i.e., those who were believers when they died (cf. 11:30)] are lost. It is crucial to note that this clause is a continuation of v. 17. The net result of the Corinthians position is that the dead in Christ, those who at the time of their death had put their hope in Christ, have in fact “perished” because as with the living, they were still in their sins when they died. In saying that they “have perished” Paul means that there is for them no future of any kind. Because they would thus have died in their sins, they perish along with the rest of fallen humanity.

The New International Commentary, First Epistle to the Corinthians, p. 748

Note that the point of emphasis is not that they died. It is what happened in or after death that receives the emphasis. Those tho have fallen asleep in Christ have also “perished”. This is because in God and Christ alone are life and immortality.(1 Tim. 1:17; 6:16)

No such life exists outside of Christ. There is no immortality for the wicked. Immortality is a spiritual blessing found only in God. Yet, the Corinthians did not believe their brethren who had embraced Christ had perished [were without Christ in death] as the unbeliever who was without hope.

Stay tune for our next study which will focus on the death of Adam and its relationship to sin death.

Check out these two companion studies on 1 Corinthians 15 and the Framework of Resurrection, available on two Audio CD’s.

1 Corinthians 15 and the Dead Ones