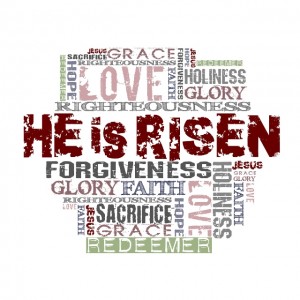 In the previous study, we began by addressing the question of whether First Corinthians focuses on physical or spiritual death. We suggested from the text of 1 Cor. 15:1-4 that the message of Christ dying for our sins is the starting point for the investigation. In this study, we offer further support for that premise by examining the source of Paul’s quotation.

Why First Corinthians 15 Begins With Sin-Death

A careful reading and study of Hosea 5:13f  gives the setting for the discussion in 1 Corinthians. The message is about Ephraim (10 Northern Tribes of Israel) who are sick as a result of captivity and bondage from the Assyrian invasion.

“When Ephraim saw his sickness, and Judah saw his wound, then Ephraim went to Assyria and sent to King Jareb; yet he cannot cure you, nor heal you of your wound.

For I will be like a lion to Ephraim, and like a young lion to the house of Judah. I, even I, will tear them and go away; I will take them away, and no one shall rescue. I will return again to My place till they acknowledge their offense. Then they will seek My face; In their affliction they will earnestly seek Me.

Come, and let us return to the Lord; for he has torn, but He will heal us; He has stricken, but He will bind us up. After two days He will revive us; on the third day He will raise us up, that we may live in His sight. (Hos. 5:13-6:2)

Analysis of Hosea 5 and 6

Ephraim has committed harlotry against God (v. 3). They were defiled. In addition, they were impenitent. They refused to repent of their sins and lifted themselves up in pride. (4-5). Their sacrifices would not be accepted because God had hidden his face from them (v. 6). As a bride, they had dealt treacherously with the Lord, had begotten pagan children through idolatrous practices (v. 7).

The new moon would devour them through those who worshiped the host of heaven, causing neglect in the feasts of God. God promised judgment upon them at the blowing of the trumpet (v. 8). Ephraim had willingly walked by human precept. Thus God would be to them like a moth on a garment, and equally against Judah for equally sinful behavior, (10-12). 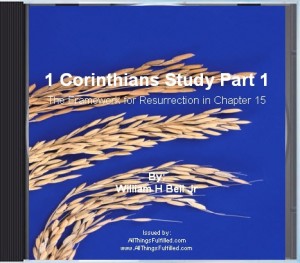 Thus, the background of Hosea is sin and harlotry against God. Israel has transgressed and refused to repent. They were not only walking in sin, but in prideful arrogance.

Now, we can understand the words which followed. As God rebuked the sinful kingdom by bringing the Assyrians upon them, they were able to look at their wounds. However, they were incurable by the King. It was as if Naaman, Captain of the Host of Syria was desiring remedy from his leprosy through the king of Israel. It was fruitless.

Rather, God’s judgment would be severe, as if a ferocious lion had plunged upon them with his teeth buried deep into their skulls and neck, breaking their spine. They would be torn by the sharp lacerations of their molars.

Following this judgment, God would go away and remain until Ephraim confessed and acknowledged their sin.

This leads us to chapter 6, where an appeal is made by those who were broken under the yoke of bondage and judgment. They said, “Come, and let us return to the Lord”. They urged repentance. They wanted restoration. They wanted to be reunited to the presence of God.

They expressed confidence that God could and would heal them. They acknowledge his judgment (for He has stricken) and his sovereign power to heal them, i.e. deliver them from their enemies (H will heal us).

Hosea Speaks of Israel’s Resurrection After the Third Day

What happens next is a declaration that God would bind up what was stricken. He said, “After two days He will revive us”. (Hos. 6:2). We know that the Assyrian captivity and thus the ancient people’s judgment was much longer than two days.

Ephraim wasn’t delivered from Assyrian captivity but was swallowed up by the Gentiles. They were removed from God’s sight and were cast among the dead. Yet, God promised that “on the third day” He will raised us up.”

This is one of those prophesies that the prophets inquired about the time and manner. (1 Pet. 1:10-12) In what time would God raise Israel up after two days and on the third day? It certainly wasn’t in the historical case of the Northern kingdom of Israel.

This is where divine revelation informs us. Paul quotes this text in 1 Corinthians 15 to set the stage for his discussion on the resurrection.

Where’s the Physical Body in Hosea 5-6? 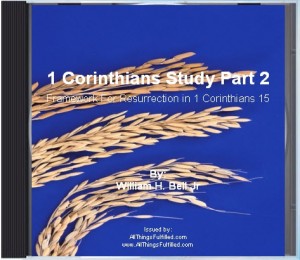 We should ask, where is the physical body in Hosea 6? Where is physical resurrection even hinted at? We’ve shown the real problem of the chapter was Israel’s sin, harlotry, idolatry and refusal to repent. They died in captivity, being separated from God and the temple of Most High and His Presence in the Most Holy Place.

Thus, Paul is speaking of raising Israel from their sins, in order that they might be restored to fellowship and worship in the heavenly tabernacle, i.e. the house not made with hands, i.e. in the body of Christ, the kingdom of God, (Dan. 2:35, 44-45)

There is no mention of a physical body in Hosea 5 and 6. It is all about sin and alienation from God. When that text is quoted in the beginning of 1 Corinthians 15, it sets the stage for Paul’s discussion of the restoration of Israel and deliverance from sin death. God is about to keep his promise through His Son Jesus Christ. The glory of God is about to shine on the dark graves of those lost in sin.

Israel has not been cast away. They would once again live in his sight, i.e. be reunited in fellowship. They would enter the Holy Temple of the Lord. The kingdom of God is the temple of God, Zech. 6:12-13. Christ sits as a priest on his throne.

Christ Died For Our Sins

Now we can understand why Paul introduces the verse. Christ died on behalf of Israel to deliver them from death and to reunite them to the kingdom and blessings of God. Christ’s resurrection on the third day fulfills Hosea 6:1-2. Those who accept Christ, especially from Samaria (Acts 8:1-5) demonstrate the restoration of Israel from that which caused them to be cast away. Sin. Praise to God almighty for his wisdom and grace.

In the next study we examine the relationship of the dead ones in 1 Corinthians 15. It will be a rewarding study and help us to further chart the path Paul has taken up on the resurrection. If you haven’t ordered the supplementary studies on 1 Corinthians 15, this is a good time to do it. You’ll want that background to assist you. What you’re learning here will be even more illuminated.

Order today by clicking the links below.

1 Corinthians and the Framework of the Resurrection Part I

1 Corinthians and the Framework of the Resurrection Part II