Are Eternal Conscious Punishment and the Immortal Body At Odds? 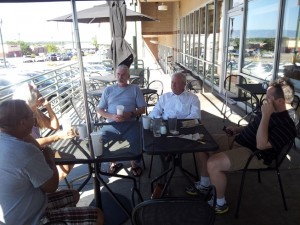 In this  post, I have a few questions and observations I want to raise for those who accept the individual body view of resurrection in 70 AD, with ongoing individual bodies being raised to immortality after death.

This view is strongly advocated by Ed Stevens, a long time friend and brother in Christ. This writing is not a personal attack on Stevens. It merely focuses on his position and the problems I see with it.

It allows an opportunity to evaluate the individual body view in the light of Ed’s teachings and what we believe the Bible to teach.

In a few weeks, I’ll be teaching a webinar on the resurrection from the corporate perspective. You can click the link below to learn more about it.

It is Steven’s view that man suffers eternal conscious torment at death. He cites the parable in Luke 16, to demonstrate that man will have no respite from suffering.

As the parable demonstrated that a great gulf existed between the rich man and Lazarus so that Abraham could not even dip his finger in water to cool his tongue, the implication is there is no reprieve or temporary relief.

What must be true in order for there to be eternal conscious torment?

The first observation I would have is that the person must continue to exist in order to experience such punishment. This observation is not designed to offend those who believe that God would be cruel and unjust to mete out such punishment that does not “fit the crime”.

Our interest here is to merely examine the logic of those who hold what we believe are two contradictory and diametrically opposed viewpoints.

For Stevens, immortality is defined as receiving a body in death, i.e. after we who are living today, die that we might live forever in the afterlife. He does not teach we can attain immortality in this life, i.e. while yet alive in the physical body. Further he believes it refers only to an individual body, not to a corporate spiritual body or entity.

Now if it is the case that immortality after biological death is required for a Christian or believer to “live forever” in the afterlife and experience heaven, then how is it that the wicked can “live forever” to be punished in eternal conscious torment without being immortal, i.e. unable to and not subject to die?

In other words, if the wicked die at any time after they have ceased to live on earth, what happens to eternal conscious punishment? Stevens would then become an annihilationist, a doctrine which he vehemently opposes!

Why Don’t the Wicked Receive An Immortal Body?

If immortality or “live forever” means quality of life and not mere unending existence, has Stevens not also redefined immortality both differently than his own stated views and that of the Bible? Let’s examine each of these view points.

Stevens has changed the Bible view of immortality from that which could be received while man lived on earth, to that which man can only receive after death? Where does he get the authorization to make such change?

Did not God say speaking of Adam that he could have put forth his hand to take and eat of the tree of life and “live forever”?

Nowhere does God say Adam could not have experienced the ability to live forever, i.e. immortality while yet alive on earth and in his physical body.  That is a doctrine manufactured by Stevens. He must have it so, or else his IBD view becomes a house of cards built on slippery sand and collapses.

Also, remember that Stevens and many others, including those who do not take the IBD Rapture view, believe that immortality in Genesis meant to live forever on earth in the physical body, i.e. a physical body incapable of dying and decay. Yet he abandons this view with his current doctrine that immortality can now only be received after man’s death.

God says man could eat of the tree of life and have immortality while yet alive on earth. Stevens says man cannot have immortality in this life, but can only experience it once he dies, a direct contradiction of what Genesis 3:22 teaches! These are the hoops his doctrine must jump through but just can’t seem to make it.

Yet, Stevens claims this immortal body is essential to continued existence in the afterlife for the righteous, but is unavailable for the wicked. Again, how can they experience ongoing punishment apart from and without having bodies that cannot die? His logic therefore commits them to a short “hell” and thus he unconsciously implies and teaches annihilationism while seeking to affirm eternal conscious torment.

Do the Wicked Have A Body Like God Who Is Spirit?

In his attempt to deny the corporate body of Philippians 3:21, literally, the body of our humiliation, [to soma tes tapeinoseos hemon], he argues that this is the individual body of man received at physical death which corresponds to God’s form which he says is a spiritual body.

In other words, Stevens, in an attempt to circumvent the corporate spiritual body, i.e. the pre-parousia church under persecution, he says this is an individual body which will have the same form and be composed of the same “material essence” as that of God and Christ.

When we presented the argument that God is Spirit, and has no material form, Stevens responded by saying that God has a form, (Phil. 2:7)and that spiritual beings have a form, implying a body. His point is that the individual spiritual body man will receive in death is the same as that which he believes Christ has.

Since Christ, originally existed in the form of God prior to his incarnation and has resumed that glory, for Stevens view of the individual body to have merit, he concludes that God (who is Spirit) has a body and that man’s individual body at death will be just like God’s body.

That raises some interesting questions about the wicked. Since the wicked are no longer in their physical bodies in death, and since per Stevens they must suffer eternally without end, then why do they not have spiritual bodies also? Doesn’t his conclusions demand this since they will be tormented forever or do they merely suffer mental anguish?

But if God, who is Spirit has a body, why then do the wicked who are spirit not have a body?  Why would this body not be immortal, unable to die, and therefore live forever? What then would be the difference between the ability of the spiritual body of the wicked living forever and that of the righteousness?

Further, what would he make of Moses and Elijah, who appeared with Christ, in a post mortem form, yet clearly before the parousia? Would he discount these spirit “forms” as non-bodily existence?

Yet Another Definition of Immortality

Further, if that is the only difference then that quality can neither be physical life (because they are already dead) and it cannot be mere continued existence because in Stevens’ view, both the wicked and the righteous must “live forever” to respectively receive punishment and blessings.

Therefore, Stevens’ doctrine of immortality is stripped for what it is, a fabrication and figment of the imagination, totally unsupported by Scripture. Whatever immortality is, no matter what our view of the body is, whether corporate or individual, it is clear from Genesis 3:22, that immortality could be received while man is yet alive in the physical body.

If not, then God lied when he said, “Behold the man is become as one of us, to know God and evil and now lest he put forth his hand and eat of the tree of life and live forever.

That is not a post mortem text. It is a pre-mortem text. It demonstrates and proves that immortality can in fact be received by man while he yet lives on earth. It corresponds with the words of Christ. “I am the resurrection and the life. He who believes in me though he were dead, yet shall he live, and he who lives and believes in me shall never die. (John 11:25-26) That means he has immortality, i.e. eternal life now and does not lose it, even in death!

We have shown that Stevens’ view of the immortal body at death contradicts his view of eternal conscious torment for the wicked. It’s forces him to deny his teaching that the spirit of man has a “form” in death as he claims for God’s Spirit. How does he claim God who is Spirit has a form and therefore a spiritual body, but deny that the wicked who also are spirit have a form, and therefore a “spiritual body”?

If the wicked do not have a spiritual body that is incapable of dying and therefore is immortal, how can they endure eternal torment?

In addition, we’ve shown that Stevens’ view of immortality or the immortal body only in death is a direct contradiction of Genesis 3:22 which clearly says Adam could be immortal while yet alive in the physical body on earth. He has multiple views of immortality which are used depending on the point being addressed and each of them contradicts the other and the Bible.