Eschatology, -Have Heaven and Earth Passed?-Part 5 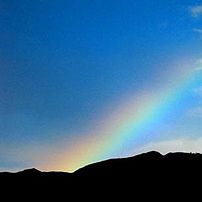 As we continue this study, Have Heaven
Heaven and Earth Passed?, Part 2, the reader
is urged to consider part 1 of this triad.

We established the non-destruction of the
material heaven and earth per part one.
Here, we further examine the use of language
describing the end of the Old Covenant World.

The Psalmist takes up the question of the
non-permanent status of the Jewish world.

This text demonstrates God’s figurative manner of describing the end of the Old Covenant.

Of old you laid the foundation of the earth, and the heavens are the work of your hands, they will perish, but you will endure; Yes, they will all grow old like a garment; Like a cloak You will change them, and they will be changed.

But You are the same, and Your years will have no end. The children of Your servants will continue, and their descendants will be established before you.

Obviously the language sounds very literal. In fact, that is precisely the way figurative language is supposed to sound. Otherwise, it would be redundant with no literary value.

When Jimmie Ruffin sang the Motown hit, “My Whole World Ended the Moment You Left Me,” we all knew precisely what he meant. Yet no one believes that either that the material universe ended for Ruffin, or that even literally his whole world ended.

He was singing about either his own romantic troubles of those of whomever wrote the song. Even then, it was an exaggeration because he was riding a powerful hit wave at the time.

But, the language was en-couched in very literal terms. “I can eat an elephant,” is very literal language, but the meaning is not understood to be so. It simply means one is very hungry, and could probably eat maybe one or two small elephant sandwiches, though chewing elephant meat is most likely not intended.

Likewise, God uses very literal language to describe figurative events. That is the beauty of using figurative language. However, the context supplies the meaning.

How much sense would it make for God to inspire David to write in Psalms 89: that the sun, moon and stars would never end, to refer to Christ’s everlasting throne and the co-reign of his descendants, only to say a few dozen verses later, that he was lying.

Exegesis just doesn’t work that way. Those are two diametrically opposing concepts. Since God tied the continuation of the material universe to the perpetuity of Christ’s throne and that of his spiritual seed who follow him, then we must see the material universe standing in contrast in the former part of the text.

In other words, when God says, “they” (old heaven and earth) will perish but “you” will remain, the latter speaks of Christ and the promises made concerning the material universe.

Jewish heaven and earth will perish
Christ and his servants will remain forever with material universe, i.e. literal sun, moon and stars.

They (old Jewish heaven and earth will grow old as a garment and be changed. But you (Christ) are the same, and your years will have no end, The children of your servants will continue…, (along with material universe).

Therefore, the text affirms the permanent continuation of Christ and the physical world, just as God promised, but it also affirms that the Jewish world would end.

The prophets, Christ and the apostles all understood this use of language in the Old Testament.

With this understanding, Christ spoke of the end of heaven and earth in connection with fulfilling the law.

For assuredly, I say to you, till heaven and earth pass away, one jot or one tittle will by no means pass from the law will all is fulfilled.”

Thus, know that he himself inspired the Old Testament scriptures that spoke of both the permanent nature of the material universe and the future passing away of the Jewish age, Christ uttered the above statement.

In fact, he said it was easier for the Jewish heaven and earth to pass away than for one jot,  or one tittle, as in the dotting of an eye or the crossing of a “t” than for the law to fail, (Luke 16:17).

Why was this so? It’s because the promise of God cannot be broken. Likewise, God’s promise regarding the continuation of the heavenly sun, moon and stars could not be broken. Thus, Christ could never have affirmed the end of the universe.

We take up the study from this point forward by a look in the New Testament. Eschatology – Have Heaven and Earth Passed?, Part 6.