Eschatology – Did the Holy Spirit Complete His Mission? 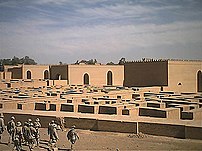 One cannot properly study the subject of
eschatology without considering the role
and mission of the Holy Spirit.

We refer to this as the eschatological mission
of the Spirit. Our question, “Eschatology, Did
the Holy Spirit Complete His Mission?, sums
up the sphere and

relationship of the Spirit’s mission.

Further, it provides another piece of the end times puzzle which demonstrates the first century fulfillment of Christ’s Parousia.

Beginning with the Old Covenant Scriptures we find a brief survey of the Spirit’s role in eschatology. The New Testament expands that role, placing all end times and fulfillment of Bible prophecy within the scope of the Holy Spirit.

Israel’s new birth, addressed in Christ’s dialogue with Nicodemus, (John 3:3–5), shows the emphasis on Israel’s new birth. “Do not marvel that I said to you [singular, i.e. Nicodemus], You [plural, Israel] must be born again.” (v. 6). Note that this is a birth of water and of the Spirit.

John, the Baptizer, proclaimed that Christ would baptize Israel in the Spirit. Thus, Holy Spirit baptism fulfilled Ezekiel’s promise to Israel. God’s call of the scattered (Diaspora) or 10 tribes through Gentiles represents the full scope of the Spirit’s first century work. “For by one Spirit are we all [Jew and Gentiles, Eph. 3:6] baptized into one body, whether Jews or Greeks…” (1 Cor. 12:13).

According to Ezekiel, the gathering happens “in Christ” not “in Palestine,” in the first century AD, not in 1948. The Holy Spirit’s role in eschatology forever destroys the idea of a modern day Zionist movement based on Bible prophecy. See also Ezekiel 37:1–14.

Joel’s prophecy likewise confirms and further defines the time, realm and sphere of the Spirit’s work. It happens in the last days of Old Covenant national Israel. This marks the time of the outpouring of the Spirit upon all flesh (again meaning Jew and Gentile).

Peter, at 9:00 a.m. Sunday morning, of Pentecost, stated regarding the coming of the Holy Spirit, “This is that which was spoken by the Prophet Joel.”

He did not say this will be that in 1948, but this is that, meaning what they were then experiencing and witnessing. Thus, the role of the Holy Spirit belongs to the first century.

Both Peter and Joel saw this work continuing until the great and terrible day of the Lord, i.e. the Parousia (second coming) of Christ. Paul affirmed the same saying the Corinthian church would fall short in no spiritual gifts, waiting for the revelation of Jesus Christ who would confirm them until the end that they would be blameless in the day of Christ, (1 Cor. 1:7–8).

Micah 7:15 Micah’s Prophecy gives the time frame for the work of the Holy Spirit as 40 years, i.e. one generation. “As in the days when you came out of the land of Egypt, I will show wonders.”

As God performed miracles and fed Israel with manna for 40 years, during the wilderness journey from Egypt to Canaan, likewise he would pour out his Spirit for 40 years in the last days. After Israel entered the promised land, the manna (miraculously supplied from God), ceased.

Therefore, God limits the time for the work of the Spirit and regathering of Israel to 40 years, within the first century, beginning on Pentecost of Acts 2.  Later, we’ll see how this all comes together.

The Spirit as A Helper or Comforter

Christ promised the Spirit in his absence. In other words, only if he went away, could the Spirit come. This deserves some careful thought. If Christ had to leave for the Spirit to come, does it not follow that the Spirit has to leave for Christ to return? Otherwise, what would be the point or advantage?

“Nevertheless I tell you the truth. It is to your advantage that I go away; for if I do not go away, the Helper will not come to you; but if I depart, I will send Him to you,” (John 16:7)

Judging the World and Satan

In addition, the mission of the Holy Spirit included the judgment of Satan. “Of judgment because the ruler of this world is judged.” (John 16:12) The Lord foresaw and foretold the demise of Satan, (Luke 10:18).

For this reason, Peter later stated the time of judgment had come, (1 Pet. 4:17). Likewise, Paul wrote that God would crush Satan under their feet shortly. Both wrote to first century audiences.

One key gift of the Spirit, tongue speaking, served as a sign to unbelieving Jews that their time of judgment had come. Paul alludes to the Assyrian invasion of Israel, to show the same kind of destruction imminently awaited the Jews of his day.

“In the law it is written: “With men of other tongues and other lips I will speak to this people; and yet for all that, they will not hear Me, says the Lord. Therefore tongues are for a sign, not to those who believe but to unbelievers…” (1 Cor. 14:21, 22).

This is a quote from Isaiah 28:11–12, which described those from Assyrian who attacked, defeated and enslaved the 10 tribes. The gift of tongues, given by the Holy Spirit as a sign, demonstrated that Judah’s judgment drew near within that generation.

The Day of Redemption

Now when these things begin to happen, look up and lift up your heads, because your redemption draws near…Assuredly, I say to you, this generation will by no means pass away till all things take place.” (Luke 21:28, 32)

Eschatology, Did the Holy Spirit Complete His Mission?

The Spirit’s ministry last 40 years, a time equivalent to the wilderness journey and covered Pentecost of Acts 2, until the Parousia in AD 70, at Christ’s return. He completed his mission in convicting the world and Satan of sin, and sealing the servants of God to protect them from the trials of that era.