Eschatology And The Faith

What Is the Connection Between Eschatology And The Faith? 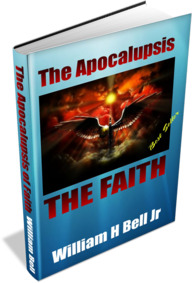 The Apocalypse of the Faith

The subject of Christ’s return in AD 70 continues to be a major hurdle for believers, especially as it concerns eschatology and the faith. Many are not aware that the faith as system of salvation is achieved only through the consummation of the end times. In other words, it cannot be separated from the coming of the Lord. (Visit the audio page to listen to an audio version of eschatology and the faith.)

To establish our premise that the faith is directly correlated with the parousia, we cite a familiar text from Old Covenant prophecy. Afterward, we will examine its fulfillment in the N.T. apostolic writings.

“Behold the proud, His soul is not upright in him; but the just shall live by his faith” (Hab. 2:4). The background of this text is the impending destruction of Jerusalem by the Chaldean armies. God warned the people of Jerusalem and those who by faith took heed to the warning escaped and consequently saved their lives. In like manner, the Romans besieged Jerusalem in the war which sacked the nation in AD 70.

Eschatology and the Faith in the New Testament

The believers who responded to the words of Christ escaped the peril of destruction. But, is this the only meaning which can be applied to the concept of the just shall live by faith? It seems that Paul uses the term in connection with the eschatological and soteriological experience of the saints.

How Is Eschatology and the Faith Connected in the Above Passages?

Note that just as in Habakkuk, the each of the texts above render the text “the just “ek” (out of) or by his faith he shall live. This means the faith one has in God’s word of that which is promised. However, Romans 1:17, adds an eschatological motif to this personal faith on the part of the believer by introducing the phrase “from faith to faith (ex faith eis faith).

What this phrase means is that the purpose of one’s subjective or personal faith in God was to lead them into an objective realm of faith. This goal is achieved in the fulfillment of eschatology. They by faith were being led “into” faith. This is what we mean by eschatology and the faith.

Some reason that only “ek faith” or subjective faith is involved in the eschatological paradigm. However, this is not the case as seen in the texts above.

Eschatology and The Faith in Galatians

What Paul says about eschatology and the faith is very interesting. When speaking of the promised inheritance, i.e. salvation, he writes: “That the blessing of Abraham might come upon the Gentiles in Christ Jesus, that we might receive the promise of the Spirit through the faith” (Gal. 3:14).

Therefore, Paul teaches that the promise does not originate through a believer’s personal faith, but through “the faith.” By this he means the origin or source of the promise, not the medium by which it becomes operative in the believers life. So we must distinguish between personal faith and “the faith” and an objective reality that was then future when Paul wrote.  It tells us that the promised inheritance comes to us through the objective reality which Paul calls “the faith.” This distinction becomes increasingly clear in the discussion on the Law.

Christ, Eschatology and the Faith

Now according to Gal. 3:22, the promise (inheritance) would be given to those whose maintained their personal faith in Christ to the end (Matt. 24:13). Their personal faith was both present and operative guiding them to their destiny of the inheritance or “the faith.” Eschatology and the faith cannot be separated.

“But before [the] faith came (elthein) we were kept under guard by the law, kept for the faith which would afterward be revealed. A more literal rendering of this text is “kept for the being about to be revealed faith.”

Now we must catch the power of this phrase. They were kept under guard by the law until the being about to be revealed faith came. That means the faith had not yet been revealed. The apocalupsis or revelation of “the faith” was imminent but not present, i.e. fully present. It was coming but had not been consummated in its arrival. That is not the believer’s faith, but rather is “the faith.”

The Law Was A Tutor To Bring Jewish Believers to Christ

“Therefore the law was our tutor to bring us to Christ, that we might be justified by [ek] faith. They were required to have faith in Christ in order that they might be justified.  However, the next verse is critical. But after [the] faith has come, [elthouses] we are no longer under a tutor.” v. 25. Thus, the text is teaching that “the faith” came when the Law of Moses passed away in fulfillment in AD 70.

So, the end purpose of the Law was to bring believers to Christ. Their faith would lead them to Christ. Observe that in verse 25, the faith is substituted for Christ in verse 24. That means that “the faith” is the eschatological and soteriological equivalent of Christ. The parousia is the time when Christ came. It is likewise the time when the faith came.

Eschatology And The Faith is The Hope of the Gospel

According to Colossians 1:27, the end goal of eschatology was “Christ in you.” “To them God willed to make know what are the riches of the glory of this mystery among the Gentiles: which is Christ in you, the hope of glory.” Now if hope is Christ in you, and as we established above, Christ’s coming in glory equals the coming of “the faith,” then the coming or full arrival of the faith is the hope of the gospel. That means God gave us “the faith” as the inheritance. Eschatology and the faith are revealed is the goal of the end times.

But, what kind of inheritance is it? Is it temporary? Was it only for the Jews? Does it end in A.D. 70? According to scripture the inheritance is incorruptible and undefiled and does not fade away, (1 Pet. 1:4). Therefore, the faith is the inheritance for all times for believers in Christ.

The faith equals Christ. To say that Christ has not come is to say that “the faith” has not arrived.  On the other hand, to say we have no faith today is to misunderstand the difference shown above between personal faith, i.e. “ek” faith and “the faith.” It is to misunderstand the one in whom we believe for the belief. Understanding the relationship of eschatology and the faith helps us to steer clear of this error.