The Eschatological Kingdom and Resurrection Are One

Eschatological Kingdom and Resurrection Are One 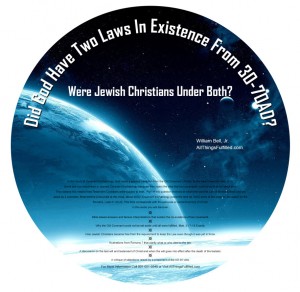 For the past couple of weeks, Don Preston and I have been teaching on the subject of the eschatological kingdom of God and the resurrection. Earlier today, I while searching for a book I’m writing on the resurrection but could not locate in my computer files (tells how long ago since I’ve worked on it), I found another brief paper I’d written on the topic at hand. It was dated 2010.

Because of recent discussions on resurrection, i.e. debates and correspondence via email, podcasts and college papers, mostly from partial preterists and IBD advocates the subject remains of interest. I have asked for a response on the concept that the kingdom of God and the resurrection are eschatological equivalents in Scripture. No one wants to touch it.  Here are some reasons why.

Paul makes it clear that the arrival (consummation) of the kingdom equates with the time of the resurrection. “I charge you therefore before God and the Lord Jesus Christ who will judge the living and the dead at His appearing and His kingdom.” (2 Tim. 4:1).

Paul follows the teaching of Christ, who during the Olivet discourse recorded in Luke’s gospel, said the kingdom of God would be at hand during the fall of Jerusalem in A.D. 70 and would arrive before that generation passed away. (Luke 21:31-32) It is the time when all things written would be fulfilled, (Luke 21:22).

Kingdom and Resurrection Are Equated in 1 Corinthians 15:50

This is perhaps one of the most devastating texts to the biological body interpretation the IBD view of resurrection. In one verse, Paul wipes them out like a fly swat killing two flies. “Now this I say, brethren, that flesh and blood cannot inherit the kingdom of God; nor does corruption inherit incorruption.

Inheriting the kingdom was the subject of Jesus’ resurrection teachings. He taught in the  parable of the tares that the righteous would “shine as the sun in the kingdom of their Father.” (Matt. 13:43) This is a quote from Daniel 12:3 where those who are wise shall shine like the brightness of the firmament and like the stars forever.”

Further, Jesus said, many would come from the east and west and sit down with Abraham, Isaac and Jacob in the kingdom of heaven, Matt. 8:11-12. He referred to their resurrection. We know prior to the end time and consummation of the kingdom, Abraham was in Hades, (Luke 16; Heb. 11:13-16; 39-40).

Thus, Paul teaches that the inheritance of the eschatological kingdom is equal to the resurrection or being made alive in Christ. Kingdom defines the “immortality” and “incorruption” of 1 Cor. 15. It defines the “spiritual body”.  Thus, it has never been and never can be the individual body of man. It can never be “non-corporate.”  That’s a slam dunk in the face of physical resurrection and the IBD non-corporate view.

Eschatological Kingdom and the House Not Made With Hands Are One

Daniel spoke of the kingdom as a stone cut out of the mountain “without hands” to indicate it’s divine origin, (Dan. 2:45). The phrase “made without hands” is always used in a corporate sense to refer to divine origin in contrast to temples, etc made with man’s hands. Even as Daniel contrasted the kingdom made without hands with the earthly kingdoms of Babylon, Medo-Persia, Greece, Rome and the physical temple of Israel, we must keep in mind that those kings were considered gods and were worshiped in their temples. See Daniel 3.

Thus, Paul’s use of the “heavenly house not made with hands” in 2 Corinthians 5 speaks of the “kingdom of God” not of an individual human body. It is contrasted with the earthly temple of the Old Covenant made with hands. This contrast runs throughout scripture.

In addition, the eschatological kingdom is a kingdom temple. Christ would be a priest upon his throne, (Zech. 6:12-13). Thus, when Daniel speaks of the kingdom, he speaks of a kingdom temple, i.e. a kingdom temple made without hands. See also Heb. 8:1-2. A recording is available that points out each occurrence of the phrase used in scripture.  This forever removes the 2 Corinthians 5 text from a future physical analysis as some have asserted.

E. Earle Ellis points out the fallacy of the Hellenization of Paul’s use of the earthly house to refer to a human body in his book, Paul and His Recent Interpreters. He offers the following:

“This house is described as a present possession (echomen), a building from God (oikdomen), not made with hands (acheiropoietos), eternal, and in the heavenlies. There are a number of considerations which compel the conclusions that Paul’s primary thought is not of invidiaul bodies at all, but of corporate solidarities which inhere in Adam and in Christ, the old aean and the new aean. First, ‘whenever Paul uses the world “oikodome” (except in the purely figurative sense of “edification”) it means the Body of Christ, the Church (1 Cor. 3:9; Eph. 2:21; 4:12, 15), not an individual body’. Second, oidamen (1( suggests that the teaching introduced is not novel–probably not even uniquely Pauline–but a well-known Christian concept to which he calls attention. Third, one finds such a concept in the complex images expressed in the terms Body of Christ, the New Man, the New Temple; and these images are manifestly present in II Cor. v. (p. 41)

Finally, the Eschatological Kingdom and Resurrection Were At Hand

Tags: eschatological kingdom, housea not made with hands, Resurrection, William Bell Jr, www.allthingsfulfilled.com
« Is the Kingdom of God on Earth Now?
The Collective Corporate Body of Christ and Personhood »