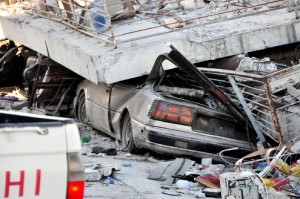 Why are so many people preoccupied with the end times signs, at least so called? No doubt, with the enmormity and frequency of major natural disasters, a faulty paradigm of scripture causes many to believe that we are living in the last days and that the events of the end times are unfolding right before our very eyes.

Yesterday, two women, one mature aged and one middle aged knocked on my door and asked me if I understood that we were living in the last days? I said, no. They asked why not and suggested I read 2 Timothy 3:1.

“But know this, that in the last days perilous times will come…” Then, they asked, don’t you see all the evil in the world? Don’t you believe these are the signs of the end? I responded, that yes, I did see evil in the world, but that I also saw much good in the world. In fact, I replied that I saw significant improvement in the world from the time that text was written.

I also stated that I didn’t see the world as a whole getting worse but getting better. (I don’t listen to the news for my worldview).  So, I asked the following question. I asked the mature woman, that if she read a letter written 20 years ago by her mom that said, she was moving to California, and that if she read that letter today, would she understand her mom to be moving today? After thinking about it, she finally said no. I asked why? She said because the letter was written 20 years ago and spoke of an event that was then current, but not current as of today.

I said, that’s why I don’t believe we’re living in the last days. It’s because the letter written by Paul they were reading from was written almost 2000 years ago. It spoke of an event that was current in Paul’s day. In other words, the last days were current then, but not today. The last days described events focused on the last days of national Israel.

At that point, they assumed the posture of students rather than teachers and asked me based upon that response, what did I think about the current world today? I expressed that it is unfortunate that such natural events such as the Tsunami’s, Katrinas, New England Hurricane, and tornadoes of Oklahoma occur as do such events in other parts of the world.

I said those things are a part of the natural order and the effects of weather, climate and geographic faults. However, they are not signs of the end.

We do not live in those times and we cannot read letters written almost 2000 years ago as though they were written yesterday to us. Rather, I said, we live in the new heavens and new earth, because the end times signs and perilous times the Bible spoke about were fulfilled in the first century generation.

I then asked them to read, Luke 21:20-22 and verse 32. They acknowledged it spoke of all things written being fulfilled when Jerusalem was destroyed in the first century.

We live in a world that has no end, (Lk 1:32-33). A kingdom which has no end can have not only no last days, but not even one single last day. It is endless. Not only does the kingdom not end, but neither do those who are citizens of it. Jesus said, “if a man keep my saying, he shall never see death.” (John 8:51-52)

The unbelieving leaders of the day believed he had a devil for making such a statement. That was because their minds were focused on the natural order of things. They did not see the spiritual realities of which Jesus spoke. Believers do not die spiritually. Their relationship with the Father does not end.

If we could eliminate the preoccupation with the imminent end of the world theology, more people would see the positive message of the gospel. See our study on the Last Days for more information on this topic and other concerns involving end times signs and perilous times.

Tags: End Times Signs, Last Days, perilous times shall come
« Ten Commandments And The Law of Moses
Are We Living In The Last Days? »