Does A First Century Return of Christ Create Christian Apathy?

Does A First Century Return of Christ Create Christian Apathy? 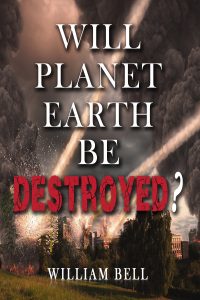 We received a comment from Jack R., in response to our blog post, “Is The Day of the Lord Near?”, suggesting that we are guilty of creating apathy among Christians if we believe and teach that Christ’s second coming occurred in 70AD at the destruction of Jerusalem.

His point is that we apparently are setting ourselves up for deception and induce apathy on the part of believers. Jack apparently is a Dispensationalist. He reasons from his own paradigm or understanding about the end times. Like, other futurists, he believes that a fulfillment of events in the past means that we must adopt a “head-in-the-sand” approach to the world.

This is reasoning is typical of the kind of thinking often used to scare otherwise intelligent thinking people away by saying something inflammatory about one’s views. In other words, if Jack could make us sound as though we are deceivers and harmful to Christianity, he’s doesn’t even have to make an argument. He’s counting on most people looking no deeper than that into the issues.

He reasoned that the “Abomination of Desolation” spoken of in Matthew 24 is different from the destruction of Jerusalem described in Luke 21. Let us examine the passages.

A Brief Comparison of Matthew 24 and Luke 21

Now, let us Compare the text in Luke 21:20-32 where the events are identical

In the Bible, we find the clearest refutation of this Dispensational reasoning. It is not first century fulfillment that creates apathy. It is first century “non-fulfillment”. In fact, it is the inspired word of God which clearly proves this point. The scoffers in 2 Peter 3, who came during the close of the Apostolic era and while the latter were yet alive, asked, “Where is the promise of his coming?” What is that question all about? It is about skepticism (unbelief) and apathy. Here were people in the first century who thought a wait of 35 years or so, was too long to be waiting for the Lord to fulfill his promise.

They confronted the apostles (inspired men) with this skepticism. They apparently were apathetic and agnostic. They were those who had given up on the Lord Jesus Christ. Jude’s speaks of those who like the people of Egypt once believed but fell away. Why? Because it took the Lord too long in their opinion to return. How long did they give him? Less than 40 years.

But, how long have Dispensationalists said the Lord has been tarrying? For almost 2000 years. Now if 35 years could create skepticism and unbelief, how much more would an almost 2000 year delay create it? That’s in fact what has happened. Some Muslims openly reject the claims of Christ citing specifically his promise to return in the first century. They said he did not, and therefore like the skeptics of 2 Peter 3, call him a liar.

Some German scholars such as Bertrand Russell, rejected the inspiration of the Bible believing that he failed to return as promised. C.S. Lewis wrote that Jesus’ predictions to come in the first century were an embarrassment to Christianity.  That’s what non-first century fulfillment gets. It is the fruit of Dispensational futurism.

What About Other Texts Fulfilled in the First Century, – Apathy or Faith?

If it is the case that a first century fulfillment of Christ’s return, i.e. of Bible prophecy creates apathy, and unbelief, then why would not every prophecy fulfilled in the first century do the same? Why not argue the same about the following:

These are just a few of the many prophecies which were fulfilled in the first century. The new testament is full of them. Why don’t they likewise create apathy, unbelief and atheism. Jack believes in most of these fulfilled prophecies but if he accepts that Christ came in 70AD, he’ll become a gnostic or atheistic according to his logic.

Contrary to Jack’s Dispensational opinion, the Bible explicitly says his argument is not true. Rather, it is the delay of a promise that creates apathy (sickness of the heart). Hope deferred makes the heart sick. If the event doesn’t come to pass, that creates distrusts, and unbelief. It represents a failure on the part of God.

When Desire Comes, It Is A Tree of Life

It is fulfillment that brings hope, faith, belief and trust, not non-fulfillment. Thus, by God keeping his word to come within the first century generation, it is metaphorically and literally a tree of life. It is a blessing. The Dispensational paradigm is in direct contradiction to simple and plain scripture.

We examined the claim that a first century return of Christ induces apathy on the part of Christians. It also generates unbelief. The interpretive assumptions beneath the futurist argument of apathy are Dispensational paradigms and misinterpretation of Scripture.  Matthew 24-25 and Luke 21 both speak of Christ’s return in 70A.D..

Such a claim not only applies to first century fulfillment, but to all past prophecies that were fulfilled, thus the entire Bible would create unbelief. This is absurd.

Finally, we showed that fulfillment is a tree of life, versus non-fulfillment which makes the heart sick, i.e. creates apathy, agnosticism and unbelief.