Do The Prophets of God Yet Speak?

The Prophets of God 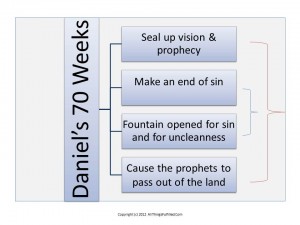 Do the prophets of God yet speak? In consideration of this question, we examine a text of the Hebrew Prophets which receives very little commentary in revelation prophecies.

Perhaps the reason is the language of the text speaks of causing the prophets to depart from the land. We insert the verses here to give you the complete context.

In that day a fountain shall be opened for the house of David and for the inhabitants of Jerusalem, for sin and for uncleanness. It shall be in that day, says the Lord of hosts, that I will cut off the names of the idols from the land, and they shall no longer be remembered.

I will also cause the prophets and the unclean spirit to depart from the land. It shall come to pass that if anyone still prophesies, then his father and mother who begot him will say to him, ‘You shall not live, because you have spoken lies in the name of the Lord.’ And his father and mother who begot him shall thrust him through when he prophesies.

And it shall be in that day that every prophet will be ashamed of his vision when he prophesies; they will not wear a robe of coarse hair to deceive. But he will say, I am no prophet, I am a farmer; for a man taught me to keep cattle from my youth.’ (Zechariah 13:1-5).

Divine Boundaries of the Prophets of God

We suggested in the previous post that Daniel’s 70 weeks marked the terminal point for sealing up vision and prophecy. The scope of that text was the day of the Lord. It involved making an end of sin, and reconciliation for iniquity.

It marked the time of the end. (not to be confused with the non-biblical idea of the end of time.)

In the text before us, we’re given more details of the end of the prophetic office. Note that “in that day” God would ‘cut off the names of the idols from the land.’ Keep in mind this time equates with Daniel’s 70 weeks.

God would also cause the prophets and the unclean spirit to depart from the land. This is a direct action from God. He promised to retire the office of the prophets of God. They would pass out of the land.

The land refers to Israel as these were Israel’s prophets. The prophets of were not God Gentiles who filled Christian churches. For about 400 years, shortly after the writing of Zechariah, God ceased to speak through prophets in Israel.

The office of the prophets resumed under John, the Baptist and the Christ.

Hebrews makes this note: God, who at various times and in various ways spoke in time past to the fathers by the prophets, has in these last days spoken to us by His Son…” (Heb. 1:1-2). Jesus was “the prophet” like unto Moses.

Prophets of God to Be Shamed

Zechariah says it would come to pass that those claiming authenticity as the prophets of God would be ashamed of their visions. Even their own parents would not be convinced. They would take up new occupations as farmers.

In other words, after the 70 weeks of Daniel are ended in what is called the time of the end, the proper reply for anyone under the notion of being a prophet is to acknowledge, “I am no prophet.”

The language was so strong and the termination of the office would be so well known that even one’s parents would kill with the sword any claiming alliance with the prophets of God.

Tags: Hebrew prophets, in, Prophets, prophets of God, the prophets
« Why The End of the Jewish Prophets?
Daniels 70 Weeks »