Did The Law of Moses Prophesy Till 70 AD?

Did The Law of Moses Prophesy Till 70 AD?

If you want to see an Amillennialist preacher walk on pins and needles with tender feet,ask him this question.  Did the Law of Moses prophesy till 70AD? 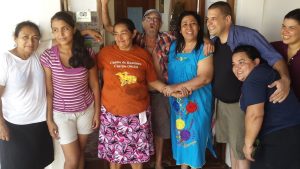 He doesn’t want to answer it. Rather, he will attempt to rephrase the question then attempt to answer part of it, and do a rather poor job at that.

For example, search for this question in the archives of the Christian Courier by Wayne Jackson, and you will find it askedin this manner:

“Did the Law of Moses Continue Until A.D. 70?” The blog post begins with a

reference to the present tense participle in 2 Cor. 3:11, (a thorny problem for “law-done-away-at-the-cross-advocates.)

It acknowledges that an inspired apostle wrote this verse some 26 years after Jesus died on the cross, stating that the law was “passing away” and not as they would contort the text to make it read that it had already passed away 26 years earlier.

What this amounts to is desperation to get as far away from the implications of the continuation of the law as possible for fear of the textual complications.

What is most disturbing to these men are the implications that the the Law of Moses is yet binding if the following events have not come to pass:

It is claimed that these terms have been redefined to conform to “realized eschatologists” theological agenda.

Two Laws Running Side By Side for 1500 Years!

The term “transition” is an exegetical anathema it seems and thus God, could not operate two laws at the same time for two different people, if even for a generation.

We  saved the real issue of this discussion until last. Above, our aim was to pick apart the sophistry of the Courier’s author. “Realized eschatologists” have been down that road many times before. It’s hard to pull that wool over our eyes.

Here is what alarms those who have to deal with the Law of Moses question and its impact on the second coming of Christ, the judgment, resurrection of the dead and the end of the world [Jewish age].

The Law Prophesied. The law was prophecy. It was not merely a civil and religious institution. It was also God’s prophetic word. Peter alludes directly to O.T. prophecy, related to Christ’s Parousia, 2 Peter.1: 16–21.

These are just a few of the examples. Note that Isa. 28:11, 12 was a prophecy being fulfilled in Paul’s day, some 25 years after the cross, as he applied it to the Corinthians, the same church alluded to in the Courier’s post.

Christ stated that all things written (prophesied) in the Law of Moses, the prophets and the Psalms concerning him had to be fulfilled.

“Then he said to them, “These are the words which I spoke to you while I was still with you, that all things which were written in the law of Moses and the  Prophets and the Psalms concerning me.

And he opened their understanding, that they might comprehend the Scriptures. [Are there any civil Scriptures?]

“Then he said to them, “Thus it is written, and thus it was necessary for the Christ to suffer [the cross] and to rise from the dead the third day [resurrection after the cross], and that repentance and remission of sins should be preached in his name to all nations [decades after the cross, Matt. 24:14, Rom. 10:18; Col. 1:5–6, 23] beginning at Jerusalem [about 50 days after the cross]. (Luke 24:44–47

“For out of Zion shall go forth the law, and the word of the Lord from Jerusalem. He shall judge between the nations, and rebuke many people…”

Further, Peter starts with Moses, then sums up with prophecies from Samuel and all the prophets who “foretold” of those last days.  The prophets did not write new laws or new prophecies. They expounded and expanded upon the laws and prophecies written in the law of Moses.

Christ was prophesied in every book of the law, Genesis – Deuteronomy. His second coming, and therefore, all the constituent elements were prophesied.

Now, the Courier comes along carrying a message in a bucket with a hole in it saying that God incrementally did away with the law. Not for a moment.

Christ’s Teaching Concerning the Law and the Prophets.

For assuredly, I say to you, till heaven and earth pass way, one jot or one tittle will by no means pass from the law till all is fulfilled.” (Matt. 5:17, 18).

To get around this verse, Courier says the present tense means some not all as in “incrementally.” Jesus said not any, till all, thus all means “all.” And that is all folks. What more need be said? On the resurrection they split Adam. On the law, they split Moses!

The Lord taught the second coming of Christ, the judgment, resurrection of the dead and end of the world all had to be fulfilled, before the law could pass. The novel interpretations reside within the futurists’ camp if one has to make Jesus a liar to hold on to a law-passed-at-the-cross paradigm.