Did Jesus See A World Without Marriage?

Did Jesus See A World Without Marriage? 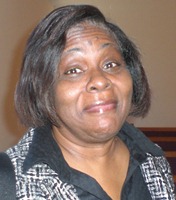 Marriage in the Kingdom

Jesus spoke with religious rulers of his day about the end of a tradition in marriage. Did Jesus see a world without marriage? Lately, there’s been a lot of talk about whether the rights of marriage should be extended to the gay community.

After giving some thought about living in a world without traditional marriages, the following thoughts occurred to me. If there were no marriages, eventually, population numbers would significantly decrease. This would temporarily lower the unemployment rate.

However, with smaller populations, the world’s productivity will also cease, so we won’t be as efficient and productive. Next, real estate values would significantly decrease because there would be fewer people to purchase homes or rent apartments, leaving millions of empty, unoccupied properties.

This would then have a catastrophic impact on the economy and eventually raise the unemployment rates. So why did Jesus see a world without marriage?

He spoke of an age in which a particular marriage tradition would no longer exist. Such is true in the case of Jesus’ statement that in the “age to come,” i.e. the present Christian age, the long held tradition of marriage as practiced in Judaism would no longer  exist. (Luke 20:27–36)

Jesus said in the resurrection there is no marrying or giving in marriage. Today, men and women yet marry and are given in marriage. How then did Jesus see a world without marriage? While on the surface it looks as though Jesus speaks of all marriages in general, an analysis of the text shows he does not.

Four points must be considered to understand the “marriage tradition” in this text.

So, the question is, how can announce an end to a “tradition of marriage?”  if men and women yet marry and are given in marriage today? First, he gives a law that has no applicability to the gay community whatsoever. The reasons are very similar to those above. The Sadducees assumed what most people today assume about the resurrection. They thought it involved physical bodies rising from the grave.

The Sadducees, a religious ruling class among the Jews, neither believed in resurrection,  angels nor spirits. (Lk. 20:27; Acts 23:8). Thus, they offered Jesus an argument that they believed would forever put to rest the idea of a resurrection of the dead. To do this, they devised an argument based on a hypothetical situation of seven men who each successively marry the same woman.

The Leverite Law of Marriage

A critical point they mention that others fail to observe is the basis upon which the argument is made. They cite both the law and the condition to which that law applies. “Saying: “Teacher, Moses wrote to us that if a man’s brother dies, having a wife, and he dies without children…” (v. 28). So, the first point to note is that they cite a specific law of Moses. The specific law is Deuteronomy 25:5. This law was very restrictive and applied to a Jewish marriage tradition.

The Sadducees were careful in constructing their argument so that they met the terms of the text. “…The widow of the dead man shall not be married to a stranger outside the family; her husband’s brother shall go in to her, take her as his wife, and perform the duty of a husband’s brother to her.” The woman could only marry her deceased husband’s brother. She was not free to marry anyone she chose.

The brother, (her former brother in law, and new husband), by law was required to father a son by her. The Sadducees merely added to the complexity by saying this happened seven times with one woman, who never had a child, therefore in the resurrection whose wife would she be? That system belonged not to all marriages today, nor even to all marriages under the Mosaic covenant, but only to those marriages that fell within that very specific category.

The Sadducees had in mind the tradition of the Levirite law of marriage. It is this to which the Lord directs his response.

The Levirate Law and the Jewish Age

Thus, when Jesus says the children of “this age,” he refers not to the current Christian age, but to the age currently in place at the time in which he lived, i.e. the Jewish age. This is why they cited the law of Moses for the marriage issue under question. When Jesus spoke of divorce among the Jews, he likewise cited a specific Mosaic law applicable to it,
(Matthew 19:8, Deut. 24:1)

It therefore would be inaccurate to apply the levirate laws to our time or institution of marriage. It is misapplied and misconstrued by those who use this as a proof-text to deny a first century resurrection of the dead.

The Purpose of the Leviite Law of Marriage

The purpose law directed those to whom it applied to raise up “seed” i.e. a son, on behalf of the deceased husband, was for the purpose of the land inheritance laws to Israel.  Without children, they could not pass the land to their descendants. This would ultimately result in the land borders of Israel being changed and transferred. The law stated that “no inheritance shall change hands from one tribe to another, but every tribe of the children of Israel shell keep its own inheritance.” (Num. 36:9)

This would be impossible if the childless widow married a stranger outside of her husband’s tribe.  Therefore, in principle, the economic impact of non-traditional marriage is hereby evident. Then, the inheritance would go to the stranger’s tribe, not that of her former husband’s, thus violating this law.

The End of the Levirate Law and the Age to Come

The Mosaic law ended in fulfillment at the destruction of Jerusalem in A.D. 70. (Luke 21:20–22). This all happened in the first century generation, (Lk. 21:32). Therefore, the levirate law, cited by the Sadducees objecting to the resurrection on the ground of a past Jewish tradition of the levirate marriage law, is no longer valid for today.

It never was valid or applicable to non-Jews, as they were never under that law. How then could it be universally applied to all marriages for all time? It can’t. That was the fallacy of the Sadducees and the weakness of their hypothetical argument against a first century resurrection.

The kingdom of God is now a spiritual institution. While in the world, it is not of the world, (John 18:36). Physical procreation and by implication physical marriage is not necessary to become a child of God, (John 3:5–7; Gal. 3:26–29). That does not negate the tradition of marriage originating from creation as practiced today. It rather negates the validity of the old Jewish system.

It further invalidates their divine claims to the land of Palestine based upon those old covenant laws which required procreation and marriage. It is faith in Christ, not physical birth as under Moses’ law, (John 1:12), which constitutes a child of God. Those are the terms of the new covenant which God would make with both the house of Israel and the house of Judah in the last days, Jer. 31:31–34; Heb. 8:6–13).

Christ promised that those who obey him, do not die, (John 8:51, 52; 11;25, 26), as sons of God by faith. This is the key to understanding the fallacy of the Sadducees and the failure of their argument against the resurrection of the first century. Many today repeat their error. Send us your questions on the Levirate law of marriage.