Death – Is it Natural or Conditional? 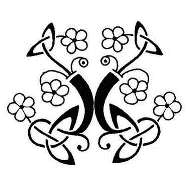 Death in redemption is often misunderstood because of our misunderstanding of death in Genesis. Most can only perceive that Adam’s death is physical or biological per the penalty in Gen. 2:16-17. However, we believe this is shallow reasoning and a failure to take in all the evidence supplied to us in Genesis.

It is assumed that death fell upon God’s creation, not only for man but for all the creation as a direct result of sin. This is just plain wrong. It totally ignores the facts of the case. Let’s take Genesis 1:11 for example. God said, “Let the earth bring forth grass, the herb that yields seed, and the fruit tree that yields fruit according to it’s kind, whose seed is in itself, on the earth: and it was so” (Gen. 1:11).

When God said, the “herb” that yields” seed, along with grass and fruit trees yielding seed, he speaks of the natural dying of seed as it is sown into the earth. To sow seed means to place it where it can germinate, a process which involves the dying of the seed and rising of the new plant from that dying seed. How else could the earth bring forth grass, herbs and fruit?

A seed must fall to the ground. The word “yield” means to produce as in the giving up of seed. Plants give up their seed when they pollinate and fall into the ground. But, in order for a seed to grow, it must die. “O foolish one, that which you sow is not made alive unless it dies.” (1 Cor. 15:36).

Therefore, natural death was a part of the botanical world from day God created it, before Adam was created and therefore, before and independent of man’s sin.

The same is true of aquatic creatures and fowl. The seed or sperm of fish and fowl dies when it fails to attach itself to the eggs of the female. Since God’s commanded these creatures to be fruitful and multiply, he ordered abundant procreation among the species, so much so that they would “fill the waters” and in the case of birds, “multiply” on the earth.

Are we to assume that every sperm cell attached to an egg and survived? That’s impossible. So what happened to that excess of sperm? It died. Why did it die? Because that is the nature of sperm as it relates to the reproductive process. Death is inherent in reproduction in the water and air kingdom, i.e, among aquatic creatures and fowl.

The signs of death are inherit in procreation.  We can say the same thing for the land creatures and man. Just as sperm cells (seed) die today, they died then. Are we supposed that copulation with Adam and Eve was any different?

Death, A Natural and Necessary Process of Creation

Understanding that death was a natural part of creation requires us to further examine the phenomenon of death in the Genesis narrative. To demonstrate that Adam’s sin had nothing to do with his natural biology and mortality, observe that he was made from the dust of the ground, Gen. 2:7, and God breathed into him the breath of life.

Apart from God giving Adam life, he was dead, a hunk of dirt. So, the very first time we encounter Adam’s body, it is lifeless, i.e. dead. God breathed into that lifeless body and it became a living being.

Now since we established that Adam was in a dead (lifeless) state before he received life from God, had the process of death (cells dying and renewing themselves within his body sperm seed and otherwise, and had no access to the tree of life before or after his sin apart from the Garden,then his biological death was a natural occurrence just as is ours. It had nothing to do with sin. It also indicates that the tree of life was not there to perpetuate his physical life.

The Death of Genesis Was Spiritual Death – Separation from the Father

Having understood that non-relationship of physical death to sin, we can now focus on the death which magnifies the glory of Christ. When Adam sinned, he died spiritually, the very day he ate. He lost his relationship with God and failed to choose a higher life that guaranteed his eternal blessing in death.

The tree of life was in the garden for the purpose of giving Adam eternal life so that upon his natural death, he would continue to live with God. It’s purpose was spiritual life forever, immortality in death. It is the same now as it was then.

God only made this provision for man to extend his life and relationship with Him beyond death. No animals were given the privilege of living beyond death.

If we “eat of Christ” (obey him through faith) we cannot die (John 11:25-26) and will live on even though we die physically. To do so is to experience the glory of Christ. It is to be fashioned in his glory, the glory of life. It is the purpose for which Jesus came to the world, i.e. that we might have the life which is in Him, Jn. 20:30-31. Spiritual death can hold the believer captive no more.