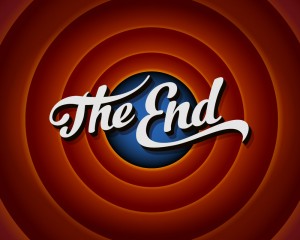 The End of Daniel Denham’s Lecture

Mr. Denham spoke on the subject of Realized eschatology. His topic addressed in particular sin death. He raised questions that demonstrate his lack of knowledge of the subject upon which he attempted to refute. Let’s briefly analyze his questions.

If the church was dead in Judaism what killed it?

This questions betrays both an ignorance of covenant eschatology and ignorance of the Scriptures in general. First, the N.T. church did not exist prior to Pentecost of Acts 2.

Secondly, the church is a corporate body which is Christ himself, (Eph. 1:23). All who enter Christ through faith and baptism enter the church. (1 Cor. 12:13)

Before examining the above consider that Adam, Moses and Christ all represent covenantal corporate bodies. Adam and Moses are equivalents, one working individually, the other nationally with Israel.

That the Bible (not realized eschatologists) place those who were in Adam and Moses under a state of death is undeniable. “For death reigned from Adam to Moses”, Rom. 5:14. That means death “ruled”, reigned or had dominion over man all the way from the time of Adam’s transgression until the end of Moses’ covenant.

Now, according to Denham, Moses’ covenant ended in 30 AD. From that point, we would ask him, why then do men  die physically if that is the death of Adam? Death’s reign would have ended at that point.

The next issue is for those who lived during the time from Adam to Moses. They were all under death and condemnation, a condition characterized by the ministration of death (2 Cor. 3:6-7). A more intelligent question for Mr. Denham, is how do the Jews on Pentecost become free from the death that reigned from Adam to Moses?

That is universalism. Denham is therefore a universalist by implication of his doctrine.

But, if he reasons that even though Jesus died to put away sin (Heb. 9:26), it did not mean those who were present at Pentecost all arrived free from sin, then he acknowledges that sin remained an problem for the entire congregation of Israel after Jesus’ death and before the gospel was preached on Pentecost. If he denies that let him state it in unequivocal terms.

Now it is the case that those who were present at Pentecost of Acts 2 were Jews out of every nation under heaven, (Acts 2:5). Should we ask, why were they addressed by Peter as the nation of Israel? Why did he cite promises made to them from Joel, the Psalms and Samuel, etc.?

Why was God yet keeping the promises of a “dead covenant” to those who were no longer in the covenant?

At the preaching of the gospel, those who obeyed were added to the church. Was the church an afterthought? Was it a substitute for a kingdom that was postponed at the death of Christ? Or, was the church part of God’s promise to Israel according to his eternal purpose? (Eph.. 3:5-6; 10-11)

Now we have a church, consisting solely of Jews. They received not biological life, but remission of sins, deliverance from sin. However, their redemption was not complete, per Eph. 1:13-14; 4:30; Lk. 21;28). The Holy Spirit (Joel’s prophecy) was given as an earnest or pledge to complete the redemption from sin death.

Born of a Woman, Born Under the Law

According to the Scriptures, Christ was born of a woman, born under the Law, (Gal. 4:4). How, did he become released from the law? How did Christ become free from the Covenant into which He was born? Did he apostatize from it while he lived? Did he renounce it in practice?

Christ became free from the Law through His death. At that point he is the only person in all Israel that was free from the Law. Now the Bible says the death he died, he died to sin. (Rom. 6:10).

If the death Christ died was death to sin, and if in dying he was released from the law, then, for the Jews, dying to sin and dying to the Law were soteriological equivalents. This is confirmed by a discussion on dying to the Law, per chapters 5, 6, and also Romans 7.

This conforms to Paul’s teaching in Romans that Israel was the “firstfruit” or the  natural branches from the root of the “natural” olive tree. Gentiles who came in later become “partakers” of Israel’s root and olive tree, not of their own! This is yet the case years after Pentecost, for the Gentiles do not enter Israel’s olive tree, i.e. the church until the house of Cornelius.

The dying [to sin] and rising [to life] was not complete in the pre-parousia reign of Christ. Hence we see both the present and the future. This is called the already but not yet.

Has God Cast Away His People?

Now, if salvation is of the Jews, Paul asks, Has God cast away his people? He answers to the contrary, “God forbid”, with proof that he was an Israelite, of the tribe of Benjamin of the stock of Abraham. (Rom. 11:1-7).

Now if God did not cast off Israel, that means Israel was being carried through from the Old Covenant “ministration of death” to the New Covenant of “righteousness and life” as Israel. They were not a “new stock” of Abraham. They were the same stock, only transformed through Christ.

They had been delivered from the reign of death under Adam/Moses, and were now subjected to the reign of “life” in Christ Jesus.

Gentiles Forbidden To Keep the Law

At the Jerusalem conference, Peter and James, along with the elders and apostles, wrote a letter that Gentiles were not to be brought into the law of Moses. In other words, they were not to enter the covenant of Moses.

This means that only Jews were dying to the Law of Moses. Gentiles were not because they were never subject to it. They received life in Christ without having embraced the law. So life worked in them from that stand point. “So then death is working in us [Israel] but life in you [Gentiles]. (2 Cor. 4:12)

Therefore, it is incorrect as Denham charges through his straw man building tirade, that the “church” of the New Testament was dead. Rather, it is the church under the body of Moses, i.e. the O.T. church that was dead that had to die to Moses, and sin and become alive through Christ.

Again, it is not the church of the New Testament dying to the Law (body of Moses), it is the people of the old covenant who died to the body of Moses and who become married to another, Christ, through baptism into “His” death.

That answers Denham’s next inquiry: Question #2

Did the church exist as a body that alive…” prior to going into Judaism?

Not as the N.T. church, but as un-cast away Israel, was alive to sin and Judaism before they died with Christ and were made alive in Him.

Who Killed Israel the Old Covenant Church of Israel?

That is why Israel was said to be in the “graves”. As in Ezekiel’s dry bones, the nation was “in the graves” but they were not physically buried physically. The graves, bones, rattling, and sinews or muscle tissue, were all figurative descriptions of a dead body coming to life. It was Israel’s national covenant body.

Those were the same graves, or “dust” of Daniel 12:2. By the way, the Bellview Lectures had speakers who taught that Daniel 12 was fulfilled in 70AD. Some years ago, Glenn Hitchcock adamantly affirmed the same on their lectures. But almost all the resurrection passages in the N.T. quote from Daniel 12, so Bellview has a problem with its own teachings!

When Paul quotes Daniel to the Roman church, admonishing them to “awake out of sleep” he is calling them to awake from the dust. That’s Daniel 12:2. He says it is the “appointed time” (kairos) and the “hour” to awake from sleep.

He is speaking to living people who are not buried in the ground, i.e. literal graves. It demonstrates that that salvation was incomplete. It’s clear that their salvation was resurrection.

That is the point of Rom. 11:27. “And so all Israel will be saved, as it is written: ‘The Deliverer will come out of Zion, and He will turn away ungodliness from Jacob; For this is My covenant with them, when I take away their sins.”

Howard Denham chided us, me in particular for citing Isa 59, as proof of delivering “Israel,” the church from sin death. We have no problems with the term “spiritual” death. Sin is spiritual. Since sin is also death, then sin is sin death or spiritual death.

But note, since Denham also acknowledges that Isaiah 59 speaks of “spiritual death”, then Paul quotes the text and says when Christ returned he would turn Jacob away ungodliness (sin death) from Jacob (Israel) in taking away their sins.

Thus, Denham proves our position is accurate, while at the same time destroying his own. Christ’s returned to take away spiritual death per Isa. 59 and Denham! Great job on those Bellview Lectures!

Lastly, he asks, if the raising out of the grave is life for the righteous, why is it not the same for both groups?

Why does one receive life and the other condemnation? It’s because the text says they are raised according to what they have done, whether it was good or evil. That means it was moral and legal, not a biological resurrection. Then after raising that question, Denham is forced to deal with the very same point on his physical body view.

At that very point, Howard Denham’s entire presentation, tirade and rant against realized eschatology and us, bites the dust. He shouts at the top of his voice. He claims 1 Cor. 15:21, “dying in Adam” is physical death. Then he says, “Now they are not raised unto eternal life as John 5:28-29 shows, but they are raised unto damnation, but they are still raised. Physical death ends for them at that point!”

He cannot get his resurrection view out of physical death without changing the text. Now, he must answer himself. He probably hasn’t even realized his contradiction.