Is the Curse of Jeconiah Lifted? 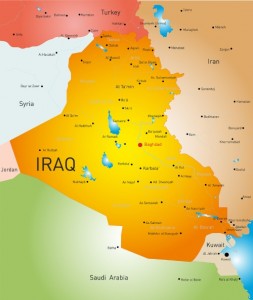 It is argued by some that the curse of Jeconiah is lifted. Four main reasons are cited. They are as follows:
Jeconiah had children.
Jeconiah is restored as king by Evil Merodach and prospers.
Jeconiah’s grandson Zerubbabel rules as governor of Judah.
Mary, a descendant of David who has no male siblings marries Joseph.

Is The Curse of Jeconiah Lifted? – The Text

As I live says the Lord, though Coniah the son of Jehoiakim, king of Judah, were the signet on My right hand, yet I would pluck you off; and I will give you into the hand of those who seek your life, and into the hand of those whose face you fear–the hand of Nebuchadnezzar king of Babylon and the hand of the Chaldeans. So I will cast you out, and your mother who bore you, into another country where you were not born; and there you shall die. But to this land to which they desire to return, there they shall not return.

Is this man Coniah a despised, broken idol– A vessel in which is no pleasure? Why are they cast out, he and his descendants, and cast into a land which they do not know? O earth, earth, earth, hear the word of the Lord! Thus says the Lord: Write this many down as childless, a man who shall not prosper in his days; for none of his descendants shall prosper, sitting on the throne of David, and ruling any more in Judah. (Jer. 22:24-30)

It is believed by Christians and Torah-keeping Jews that the curse of Jeconiah was lifted. Some conclude that because he had children, this was a reversal of the curse. Jeconiah is listed in the genealogy of Jesus. His sons are recorded in 1 Chronicles 3:17-18. “And the sons of Jeconiah were Assir, Shealtiel his son, and Malchiram, Pedaiah, Shenazzar, Jecamiah, Hoshama, and Nedabiah.” This statement leads some to believe the curse was lifted. They reason, if Jeconiah had children, how was he yet under the curse? We will return to this point later.

Jeconiah is Restored As King

The second reason it is believed the curse of Jeconiah lifted is his restoration by Evil Merodach, the Chaldean king.

Now it came to pass in the thirty-seventh year of the captivity of Jehoiachin king of Judah, in the twelfth month, on the twenty-seventh day of the month, that Evil Merodach king of Babylon, in the year that he began to reign, released Jehoachin king of Judah from prison. He spoke kindly to him, and gave him a more prominent seat than those of the kings who were with him in Babylon. So Jehoiachin changed from his prison garments, and he ate bread regularly before the king all the days of his life. (2 Kings 25:27-28)

The argument that Jeconiah (Jehoiachin/Coniah) is given a more prominent seat than the other kings with him is not as proposed a restoration to his throne. In fact, it is proof he has not been restored. What king lives off the welfare of his captor? What king lives in captivity? The prophecy stated, “But to this land which they desire to return, they shall not return.”

Part of the curse on Coniah prevented his return to the land of Judah. Is there any indication that he was released to go back to Judah and return to his reign? If the curse were lifted, why was he not allowed to return to his throne in Judah? It is because he was yet under the curse and restricted by it to return.  To argue he was restored and ignore this vitally essential part of the curse is an attempt to connect dots and close circles which cannot be connected or closed.

The third reason given for the reversal of the curse is that Zerubabbel, Coniah’s grandson is made govenor of Judah.

I will shake heaven and earth. I will overthrow the throne of kingdoms; I will destroy the strength of the Gentile kingdoms. I will overthrow the chariots and those who ride them; The horses and their riders shall come down. Everyone by the sword of his brother. In that day, says the Lord of hosts, I will take you, Zerubbabel My servant, the son of Shealtiel, says the Lord, and will make you like a signet ring; for I have chosen you, says the Lord of hosts.” (Hag. 2:21-23)

This text is prophetic and clearly looked to the future. God would shake the heavens and earth. He would destroy the strength of the Gentile kingdoms. This does not occur until the last days as Daniel prophesied of the “stone cut out of the mountain without hands” (Dan. 2:44-45) which strikes the image and destroys it. Luke says the “times of the Gentiles are fulfilled when Jerusalem was trodden down in 70AD (Luke 21:20-24). See also Revelation 11:2,  15-18 where the kingdoms of the world become those of the Lord and Christ.  “In that day” is an eschatological term relating to the day of the Lord, a day of judgment, not to any day in Zerubbabel’s day. 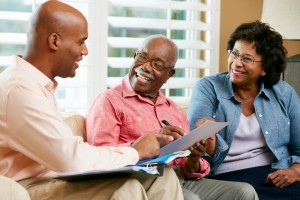 First, since the female is disqualified to pass down the inheritance to the throne, (Deut. 21:16-17), Mary would be unqualified. However, the law allowed the inheritance to flow through an unblemished woman who met two criteria of the law. One, she must have no male siblings. Secondly, she must marry within her own tribe. (Num. 27:8; 36:6) Some claim Mary had no brothers. However, she married within her tribe by marrying Joseph of the tribe of Judah. Therefore, she qualified to pass down the inheritance.

Why the Linear Loophole Argument Fails

The attempt to qualify a descendant of Jeconiah through Mary fails to meet the specific details of the prophetic curse. First, the curse said none of the descendants would prosper sitting on the throne of David and ruling anymore in Judah. We must take note of the location of the throne of this curse. The cursed throne is located in Judah. No one could prosper reigning on David’s throne in Judah.

The ramifications of this curse is devastating to Dispensationalism which claims that Christ will return to reign on a throne in literal city of Jerusalem (Judah). The curse says no one shall prosper sitting on the throne in Judah anymore. That means there are no Messianic prophetic hopes for an earthly reign per Christian Zionism. It is the clearest refutation of  Dispensationalism and Zionism all in one brush stroke.

Curse of Jeconiah Lifted is Refuted

There was no lifting of this curse. Each of the attempts above have failed. None of Jeconiah’s children reigned in Judah. Zerubbabel’s governorship did not occur “in that day” i.e. the eschatological day. In fact, Amos predicted and James confirmed that the tabernacle of David was yet to be restored, even after Pentecost, (Amos 9:15; Acts 15:15-17). Thus no king sat on David’s throne in Jerusalem at any time up to its destruction by the Romans in 70AD. Since the curse said they would never return from the land to inherit the throne, it is impossible for that prophecy to ever be overturned as stated.

Christ’s  Messianic Claim to the Throne of David

David’s throne is no longer on earth (in the land of Judah), but was transferred (delivered up) to heaven. It is rightly the throne of God. Of the Christ, it is said that he was raised from the dead to sit upon David’s throne. However, Jesus was exalted to the right hand of God. God said “sit at my right hand until I make your enemies your footstool”. The 110th Psalm predicted the reign of Christ is according to the order of Melchizedek, who was king and priest.

Zechariah prophesied Christ would build the temple of the Lord and be a priest upon his throne and bear its glory, Zech. 6:12-13. Therefore, Christ’s throne is a regal or kingdom-temple. Isaiah prophesied that heaven is God’s throne. 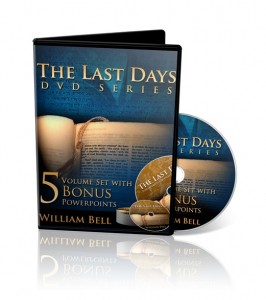 Thus says the Lord: Heaven is my throne, and earth is my footstool. Where is the house that you will build me? And where is the place of my rest? (Isa. 66:1)

Stephen quotes this text in Acts 7:48 and says the Most High does not dwell in temples made with man’s hands. (Acts 7:48-51). The kingdom of God is a “house made without hands” (Dan. 2:44-45). This is the heavenly temple of God’s throne where Christ is seated. Thus, he is qualified as a descendant of of Jeconiah, but he does not reign in Judah, but in heaven.

Jesus’ kingdom could not be on earth, because the Levitical priests were yet officiating in the earthly temple. “For if He were on earth, He would not be a priest, since there are priests who offer the gifts according to the law.” As long as the law stood (Matt. 5:17-18; Heb. 8:13) Jesus could not be a priest/king on earth. That’s why he is the minister of the sanctuary and of the true tabernacle in the heavenlies. (Eph. 2:6; Heb. 8:2)

Because Jesus’ priesthood is according to that of Melchizedek, it is  unchangeable. Therefore, the seed of David, can never reign on earth in a geo-centric place such as Jerusalem. Jesus is no longer the fleshly seed of David. He died to the flesh, (Rom. 1:3-4, 1 Pet. 3:18 and was raised in the Spirit being born again. He sits at the right hand of God as the spiritual king in the heavenlies.

Jeconiah never left captivity. He never ascended to the throne in Judah nor did any of his descendants. Zerubabbel’s prophecy is Messianic and related to Israel’s last days, which ended in A.D.  70. Mary passed down inheritance rights for an earthly king who could not reign in Judah.  We conclude no, for the curse of Jeconiah lifted even though he was forgiven of his sin.

Tags: curse of Jeconiah lifted, house not made with hands, throne of David
« Is the Little Horn of Daniel 7 the Roman Catholic Church?
The Redemption of the Body in Romans 8 »