Did Christ’s Second Coming Happen in 70 AD? But of That Day & Hour 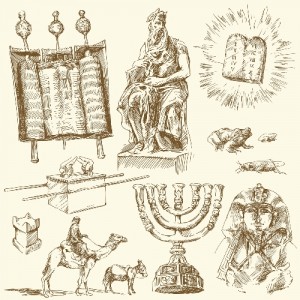 In response to objections that Jesus returned in the first century, we created several videos to answer each of the points of objection. We’re including one video here; the rest are included in a playlist.

Response to the Question

I wouldn’t see this as a particular difficulty, especially in the time of Christ’s humanity. He had freely divested himself of some of his divine glory. (Don’t ask me to explain all of that, but it’s not debatable per Phil. 2:5-8, and Jno. 17:5). At the close of his ministry he said, And now Father, glorify me with the glory I had with you before the world was. Knowledge is a part of glory, even for human beings. Paul speaks of the glory of the knowledge of Jesus Christ, 2 Cor. 4:6.

Christ also stated, “My Father is greater than I” Jn. 14:28. Whether that was only meant for his humanity or permanently, it demonstrates there must be some sense in which the Father was/is greater depending on which option one chooses.

Even prior to Jesus’ incarnation, it seems clear that the Father has the superior role of the Godhead. “The Lord said to My Lord, Sit at my hand till I make your enemies your footstool.” (Psa. 110:1).

Paul affirms that God is the head of Christ, 1 Cor. 11:3 even after his return to heaven. Also, at Christ’s return, scripture yet shows when all things were put under him the Father was excepted (1 Cor. 15:28). I don’t know all the mysteries of the Godhead, but given these facts, temporarily withholding the “day and the hour” would not be an insurmountable issue.

Did Christ’s Second Coming Happen in 70AD Since No One Knew The Day and the Hour?

There is another factor involved in “not knowing the day and hour” which I did not cover in the video which has to do with the “Feast of Trumpets”, i.e. Jewish festivals which was tied to the new moon.

“When you properly understand God’s calendar and the feasts, you will realize that the Feast of Unleavened Bread, which falls on Nisan 15, is always during a full moon, as is the Feast of Tabernacles, on Tishri 15. But the Feast of Trumpets, which falls on Tishri 1, is always during a new moon. Because of the Diaspora (the scattering of Jews in other nations), it was celebrated for two days but was known as one long day. Why was it two days long? It fell on the first, the new moon, and everyone needed to know when it would begin, especially those in other countries, and it took a while for their notification. They would light torches on the hill tops to pass the word on. It’s easy to determine when a feast is when it falls in the middle of the month. You just start with the first day of the month and keep counting. But how do you know when the first is? Because it was based on the Temple declaration in Jerusalem and on the sighting of the two witnesses, no one knew for sure the day or the hour the Feast of Trumpets would begin.” Mark Blitz, p. 81, Blood Moons: Decoding the Imminent Heavenly Signs.

Now you don’t have to take Blitz’s word for it. This can be researched online as well. I don’t agree with Blitz dispensational pro Zionist application of it. He violates his own interpretation, but he is correct in what it means.

Here is another quote:

“Many of us have read the famous quote of our Messiah in the four gospels when he declared that his second coming would come at a time “that no man knows.” But how many of us knew that he was actually making a reference to the Feast of Trumpets? The Feast of Trumpets is known by Jews as “The Day That No Man Knows.” And why is it called this? Because it is the feast that can only be determined by the sighting of the new moon, and so “no man” can calculate the exact day or hour of when this feast day will begin.”

“I learned that the phrase “no one knows the day or hour” is a Hebrew idiom referring to the appearing of the new moon. When the old moon wanes until nothing is left, the new moon appears anywhere from a day and a half to three and a half days afterwards. Often it appears three days afterwards, because the new moon celebration is a reminder of the death, burial, and resurrection of the Messiah, but the moon is not always “buried” for three days before its “rebirth.” So one never knows, you just have to watch and wait for its appearing.
The only annual feast day of the Lord which is celebrated at the new moon is the Feast of Trumpets. And we can see in the above passage, Jesus refers to the appearing of the new moon by the common Hebrew idiom, “no one knows the day or hour.” He also refers to His coming in the same context. Was He teaching His disciples that His coming was associated with the Feast of Trumpets? Many believe He was. He fulfilled all the spring feasts at His first coming, and if the pattern holds, He will fulfill all the fall feasts at His second coming.
When we see that in the history of Israel, the trumpet blast was sounded to gather together the ekklesia (the congregation), to announce the coming of the Lord, and the coronation of a new king, we are anticipating this feast day this year with the most acute joy!”

Since they did not know the “day and hour” of the new moon, the high priest had two witnesses to literally observe the first sighting of the new moon then confirm with them at which time, they blew the trumpet to begin that festival. It was a common Jewish idiom and forms the basis of Jesus’ “not knowing the day or hour” for that “final trumpet” sounding. His Jewish audience would have readily known what he was speaking about.

Maybe I should do a supplementary video on this point so more people are aware of the O.T. Feast Days typology. (Others know this much better than I do, so I generally defer to them to speak about it. but the facts are pretty simple and not beyond the grasp of anyone who wants to know.

Thanks for your question. These are the kind that help us to clarify issues that we can’t see in the back of the viewers minds. I will update my manuscript and include a discussion on it and create another video.