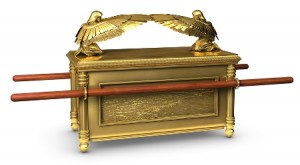 So many who believe that the Bible teaches a yet future coming of Christ cite the, Christ shall appear a second time Hebrews 9:28 coming apart from sin for salvation. The problems with applying this text as yet future today, ignore some very basic contextually limiting indicators.

First, there is the “present time”. Secondly, the eschatological Spirit, third, the then current tabernacle and its related work, fourth, the new heavenly tabernacle related to that coming, fifth the little while time frame for the new tabernacle and sixth, the immediate context.

Let’s take them in the order presented.

In Hebrews 9:9, the text mentions that the gifts and offerings of the High Priest which were yet being presented in the Most Holy of the Old Tabernacle. That time is called the “present time”. It refers to the time of the law of Moses. Paul had mentioned several times that the law was “being annulled” having grown obsolete, but was not completely abrogated. (Heb. 7:11-12, 18-19; 8:13).

During that time, the Bible says Christ could not be a priest on earth seeing there are priests who offer gifts according to the law, (Heb. 8:3-4). The levitical priesthood was yet operative and continued to do so until it was destroyed with the temple’s destruction in AD70. So, the present time refers to that time under the law and prior to 70AD. It stands over against the world (oikoumene) to come Heb. 2:5 and the “age to come” of Heb. 6:5.

The Work of the Eschatological Spirit

Joel’s prophecy of the Spirit, out-poured in the last days of the Jewish age applies in the context of Heb. 9:8. “The Holy Spirit indicating this, that the way into the Holiest of All was not yet made manifest while the first tabernacle was still standing. The presence of the Holy Spirit testified that entrance for the saints into the Most Holy place had not yet opened. They were living in hope to follow the footsteps of their forerunner, (Heb. 6:19-20).

The point is that the work of the Holy Spirit continued until the heavenly tabernacle was completed. Some Amillennialists, particularly those in churches of Christ, believe the miracles ended in the first century, but amazingly, they believe entrance into the heavenly tabernacle yet awaits them at some alleged future end of time.

The Worldly Sanctuary and Tabernacle Made With Hands

According to Heb. 9:1, Paul has in mind the earthly tabernacle and covenant. He describes it’s furnishings, then moves to the work of the the priests in the first part, and the High Priest in the second part called the Most Holy (Holy of Holies).

The point is that the old covenant and the Levitical priesthood are the focus of the entire chapter in contrast to the coming new tabernacle. This context must not be ignored. Everything mentioned in verse 9:28 and after is part of this context.

By the way, The first tabernacle is called the “house of Moses” (Heb. 3:6); the second is the “house of Christ”.  This shows us why Christ is associated with the new tabernacle.

Beginning in verse 24, after an extensively thorough discussion of the Old Tabernacle, Paul takes up the new heavenly tabernacle. He transitions from the work of Moses, the servant in his house, to Christ, the Son, over his own house. As a high priest, he offered himself as a sacrifice. That is the point of mentioning his death which occurred in the end of the age.

This cannot be the Christian age, for it could not begin until later. We have already shown that the age to come had not yet arrived. Further, the text does not say Jesus died at the “end of the Jewish age” but “in the end, i.e. meaning in the last days. Compare Heb. 1:2, 1 Pet. 1:20.

In other words, his coming a second time is not to be severed from the context of his work as the High Priest in the heavenly tabernacle. This is the work he mentioned in John 14-16, which we take up below.

Christ Shall Appear A Second Time In A Little While

Heb. 10:37 is a quote from Haggai 2:6-8, which book and the particular verses mentioned are a reference to the “shaking of heaven and earth” “in a little while”. It is contextually connected to the building of the new temple that exceeds the glory of that of Solomon which that present one did not. Only, the temple of Christ exceeds that glory.

That means Heb. 10:37, is continually being recognized as a 70AD text and is therefore not an alleged future return. It is a pre-70AD text in a context where Paul tells them Christ was about to come in a very, very little while. What other coming would they have expected that would be the end of a “heaven and earth” (Matt. 24:29,35) which was already being shaken (Heb. 12:26-27) “yet once more” indicating the final shaking of heaven and earth that removes it for all time that no future shaking would be necessary, directly quoting Haggai 2:6-8 again, and thus implying the “very very little while” time frame?

The “will not tarry or delay” part of the Heb 10:37 results from combining Hab. 2:2-4 which context was the destruction of Jerusalem by King Nebuchadnezzar. What would any Judahite be thinking when they saw that text quoted given the circumstances of the first century saints and the teaching of Christ? Thus Hab. 2 & Hag. 2 completely nail this down to 70AD.

But, back to the main point. Since the coming of Heb. 10:37 is Haggai 2:6-8 and since the coming in a “little while” of Haggai is the coming of the new glorious temple” it therefore proves that Christ’s coming per v. 37 is related to the new temple of glory.

That means it cannot be separated from the Christ shall appear a second time Hebrews 9:28 coming, which is also related to Jesus’ return in consummating the salvation begun in his death (9:26).

The Covenantal Context of Hebrews 9:28 and Christ’s Coming in A Little While

It is the position of some futurists who are skilled at disassociation of Bible passages from their historical contextual setting to ignore everything we’ve said above to establish the covenantal context of Hebrews 9:28. They want it to teach a coming separate from the change of covenants. Particularly, those in churches of Christ who erroneously argue that Christ ended the Old Covenant in 30AD.

Even if we were to grant that as an argument, for argument sake, it does not negate what we are about to say on the time frame for the heavenly tabernacle.

How much time does Jesus place between this going away to “prepare the house of God?” “A LITTLE WHILE” (Jn. 14:19). A little while longer and the world will see Me no more, but you will see Me. Because I live you shall live also. AT THAT DAY you will know that I am in My Father, and you in Me, and I am in you. That interim is the time the Holy Spirit is sent so they would not be orphaned in Christ’s absence.

The little while narrative of his going away continues, “John 16:16-19” which he ties to the birth pangs of the change of the age/covenants also mentioned on Matt. 24:8, per Jn. 16:20-22. In other words, Jesus is quoting from Haggai 2:6-8 in his discussion of preparing the new house of God in a “little while” in John chs. 14-16. This is the Christ shall appear a second time Hebrews 9:28 coming.

Thus, the little while applies to Jesus’ return in Heb. 9:28 because it cannot be separated from his work in the heavenly tabernacle, i.e. the Most Holy house of God. Covenantal change, house of God, the eschatological Holy Spirit and the Parousia, all are connected in Heb. 9:28.