Blotting Out the Handwriting of Ordinances in Colossians 2_14 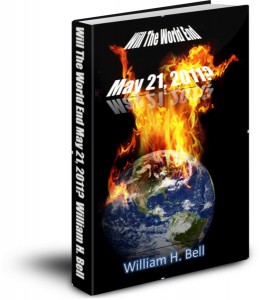 Some reason that the law was fulfilled completely at the cross. In the  debate on the End of Torah with Don Preston, D. Div., Kurt Simmons seeks to establish this point.  Many believe the same.

Simmons and Blotting Out The Handwriting of Ordinances.

Simmons writes:  “The handwriting of ordinances here is not the Ten Commandments as is commonly supposed, but a memorandum, like a mortgage, reciting our debt before the law.

When a man paid off his debt, it was nailed to the post of his door, providing public evidence that he was freed of his former obligation. So here, Paul says Christ carried the debt of our sin to the cross, nailing it there, showing publicly its cancellation in his death.”

Simmons’ attempt to make a parallel with this event and what occurred with Christ’s death and believers raises questions. He recognizes that for the indebted man, the memorandum of debt i.e. the blotting out the handwriting of ordinances was not nailed to the  post until after the man had satisfied its terms. In other words, the memorandum of debt was not nailed to the post until the debtor had fully paid the debt! This is very important.

Paul and the Blotting Out The Handwriting of Ordinances

So, in the illustration, Christ would be nailing the memorandum i.e. blotting out the handwriting of ordinances to the post (His cross). The problem here is that Simmons argues that this freed all Israel from the obligation to the “memorandum of debt” i.e the handwriting of ordinances at the time of Jesus’ death. But, what was the “debt” of the Law for which the “memorandum” was issued? Is not the debt of the law a requirement of righteousness?  Was not that the debt owed under the law?

Hence, those unable to pay that debt, i.e. all Israel, as Paul said, “all sinned and fall short of the glory of God” and “there is none righteous” no not one since by the deeds of the law no flesh would be justified. That means that no one would be delivered from sin through the law. So, blotting out the handwriting of ordinances or “memorandum of debt” is the debt owed on account of sin.

When Did Blotting Out The Handwriting or Ordinances Take Effect for Believers?

But, if blotting out the handwriting of ordinances means that debt was wiped clean by and at the time of Jesus’ death for all men, then all men were at that time free from sin being freed from the law.  If not, why not? Did not Jesus put away sin at the cross according to that  paradigm?

What is ignored on the blotting out of the handwriting of ordinances is the fact that Colossians 2:11-14 focuses on, not merely the time of Jesus’ death, but the time the believers appropriated the benefits of His death to themselves through the then initiatory act of baptism. For this reason, it cannot be claimed in any sense that deliverance from sin (on the part of believers) was a consummated process.

Blotting Out the Handwriting of Ordinances

Therefore, since they were yet looking forward to their resurrection from sin death (for that is the death they died with Christ in baptism, Rom. 6:10-11), they could only “reckon” themselves dead to sin as an initiatory process and alive to God “through Christ.”

“The word “reckon” according to the dictionary means “to rely with confident expectancy.” Informally, it means to think or assume as true. The Greek term, “logidzesthe” means to count, reckon, infer, conclude, or presume as in word or thought. This means that through the Spirit they could regard themselves as already having reached the consummation when in fact it had not yet occurred.