Baptism and Eschatology in Romans 6 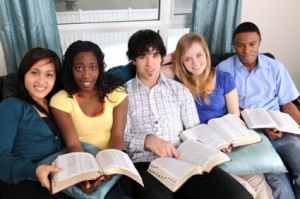 The connection between baptism and eschatology is significant, especially during the pre-parousia reign of Christ. It is assumed some, especially those who teach that baptism in the New Testament suggested the idea of a burial and resurrection.

However, that is not accurate. It is clear from the texts in both Romans 6 and Colossians 2 that the emphasis of baptism is “burial” as implying immersion into Christ.

However, the rising up from the waters of baptism is not what is indicated as the resurrection. This is a significant point on the discussion of baptism and eschatology.

Baptism and Eschatology in Romans 6

According to Paul, baptism in Romans is the “planting” together in the likeness of Christ’s death. However, to assume that act completed their resurrection in Christ goes far beyond his intentions. It must be noted that for Paul, the resurrection resulting from immersion was eschatologically, a future event.

He expresses it as “we shall be” (esometha), a first person plural fut. indicative of eimi which means “to be” It describes a state of being or existence they would have in the future.

From this, we cannot conclude that baptism was in itself a consummative action, but rather an initiatory one. It was the “sowing” but not the “harvest.” It was the beginning of a process but not the end of it. This means that the believers had entered into Christ’s death but were anticipating through eager expectation the participation in his resurrection.

The Subjunctive Expresses the Future Implied in Baptism and Eschatology

In verse four Paul stated of the first century saints that “we were buried with Him through baptism into death, that just as Christ was raised from the dead by the glory of the Father, even so we also should walk in newness of life.”

According to the preeminent Greek scholar, A.T. Robertson:

In so expressing the subjunctive as the future we must then view the subjunctive phrase above “should walk in newness of life” as the future expectation of Paul’s hope in Christ. So, we have the believers entering Christ’s death “through” baptism, but yet awaiting entrance into Christ’s resurrection. Therefore, baptism and eschatology must, from the biblical text be seen as two separate events in which believers begin and consummate the process of “dying and rising with Christ.

Baptism and Eschatology Demand A ReExamination of “Bodily” Resurrection

In other words, the body of sin was not done away with in their baptism which was a past act, expressed by the “sunetaphemen” (1 pl. pl.  aor. 2. ind. pass) of suntasso (to place or arrange in order). Nor were they delivered from their physical or biological experience of life. Rather, the body of sin would be done away with in the future, expressed as the eschatological goal and purpose of their dying with Christ. Upon its demise, they  would then walk in the newness of life, thus connecting baptism and eschatology.

The sotieriological connection between baptism and eschatology is apparent.  Those who see deliverance from sin-death as complete in the baptism of the saints, are a tad bit trigger-happy in pointing to the cross in AD 30. Though what we find there is with respect to redemption, significant; it is the triumph of Christ only as the firstfruits.