Authority of the Bible and Preterist Eschatology

The Authority of the Bible, Preterism and Creeds

Authority of the Bible”> 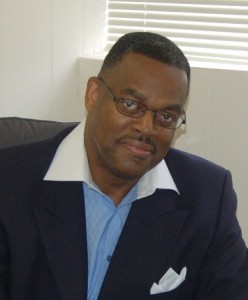 Does the view one has of the authority of the Bible affect one’s view of eschatology?

Our view of everything affects the outcomes or how we view certain things. Take for example, this experience I had with my dentist. My former dentist performed a root canal but did not fully deaden the nerve in my tooth. At the surface all seemed well. But, when she got to the root of the tool, the drill became like a air hammer in my mouth. We had to have a time out. That experience left me a bit jaded about getting root canals.

So, when I went to my new Dentist and she recommended saving my tooth via root canal, I was a bit skeptical. Her chair side manner is so pleasant and she is very charming, but even that failed to reassure me that a painless root canal was even possible. She then pulled out her final measure of proof. She said, “I love doing root canals.” It is my speciality, which I understood interpreted to mean that she likes inflicting pain!

Somehow she noticed I was a bit uneasy and asked me if I was nervous. I tried in the most confident manner to say no, but I couldn’t pull it off. Finally, she asked me to relax and said she’d take good care of me. After the process began, I felt some sensitivity and she had to stop and apply more medicine. After the last application, everything went very smoothly. I never felt a thing.

Preterism and the Authority of the Bible

How does this relate to the all sufficiency of the Bible and the preterist view? Some believe preterism is painful. Why? It’s because they’ve been going to the wrong dentist (futurist eschatology) for so long, they imagine changing their views is very painful. We suggest a reminder or intial course in the all sufficiency of scripture, i.e. the authority of the Bible helps.

If one believes in the authority of the Bible and that God’s word is all sufficient, it is likely that they will view statements regarding the return of Christ as conclusive.  We suggest this in the light of 2 Tim. 3:16-17: “All Scripure is given by inspiration of God, and is profitable for doctrine, for repoof, for correction, for instruction in righteousness, that the man of God may be complete, thoroughly equipped for every good work.”

However, the authority of the Bible is often set aside for creeds. The reason many opt for creedal statements is there understanding of 1 Tim. 3:15, which says the church is the pillar and ground of the truth. And, since the church has always taught futurism as far as can be historically traced outside the new testament, they they assume the church as a final authority is correct.

However, when Paul wrote 1 Tim. 3:15 to the church, there were no ecumenical creeds. This is not to say creeds are to be universally rejected, but only to show that the authority of the Bible was declared all sufficient befores creeds were formed.  Since there were no councils or creeds in apostolic times, it is erroneous to apply 1 Tim 3:15 in a manner which sets  up creeds as all authoritative based on that text.

Men such as Dr. Kenneth Gentry, Jr., label preterists as “hyper” because they reject the creeds on the eschatology. He says “that ‘only after’ we take the ‘first step” of presupposing that creedal futurism is “infallibly certain” may we then move on to “consider” preterism in the light of Scripture.”  House Divided – Bridging the Gap in Reformed Eschatology, A Preterist Response to “When Shall These Things Be?” by Frost, Green, Hasset and Sullivan, p. 14.

With the above statement, Gentry’s reasoning rejects the authority of the Bible, substituting it for human creeds. He says we must first accept the creeds as “infallibly certain” and from that paradigm interpret the Bible! With such a premise, it leads to the conclusion that no understanding of eschatology could be made until the creeds were written.

However the words of the Bible are theonuptos, God-breathed while the creeds are human inventions. The latter is subject to error while the former is not.

The problem is the interpretation of this text as a “creedal”  statement of authority. Paul is not saying that the church  consisting of fallible men is the pillar and ground of truth. Rather, he is affirming the church as God’s divine will revealed from heaven. Is is not the people or council formed by them in the 4th century, but the body of Christ revealed through Spirit to the apostles and recorded in the. N. T.