Are We Eliminating the Real Need for Eschatology? 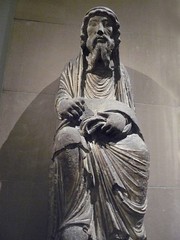 In a list of objections raised by Dr. Edward
Hinsons The New Last Days’ Scoffers Articles,
he charges that Preteriism Is False, and asks
“Are We Eliminating the Real Need for Eschatology?

This is a vaild question. It causes us to focus
on what eschatology is and where to place it?

Dispensationalists and all futurists place eschatology
at the end of the Christian age. Preterism vigorously

challenges that assumption. Preterism view the Christian age as an age without end, therefore, it can have no eschatology. This, futurists believe is the great heresy of Preterism.

Eschatology is the study of last or final things, from “echatos” meaning last, and logos, meaning study or word. It pertains to the last or final things of Scripture related to the end times. That includes the resurrectin of the dead, the parousia, (coming of the Lord), the judgment, end of the age and the establishment of the eternal kingdom.

Confusion over where to place eschatology fosters the debate between futurism and preterism. Dr. Hinson charges that in advocating Preterism we eliminate the need for eschatology. We agree, and plead guilty as charged.

Eschatology Can Only Refer to An Age Which Has An End

You see, there is no last number in an infinite numbering system. It’s impossible to place an end at the end of that which has no end.

Concerning the kingdom, God says it has no end. “Of the increase of His gov ernment and peace, There will be no end, Upon the throne of David and over HIs kingdom, to order it and establish it with judgment and justice from that time forward, even forever.” (Isa. 9:7).

Luke quotes the text, and repeats: And He will reign over the house of Jacob forever, and of His kingdom there will be no end.” (Lk. 1:33). Finding a last day of the kingdom is like finding a last digit in the numbering system. Impossible.

The Kingdom Belongs to the Christian Age

“To Him be glory in the church by Christ Jesus to all generation, for ever and ever, Amen. (Eph. 3:21). The KJV renders the text as “world without end.” Word Biblical Commentary translates the text: “To him belongs glory in the Church and in Chirst Jesus through all generations and for evermore., p. 216.

The full glory of God in the church did not and could not begin until the church entered the glory of Christ, which was the design, purpose of end of eschatology.

In other words, without the echatological goal being reached, the church could not fully express the glory of God. Yet, Dispensationalists, such as Hinson and others on the staff at Liberty University by their faulty reasoning and logic, want that glory to end, with the end of the church.

The Glory to Be Revealed

Paul taught that the church would be glorified at Christ’s coming. “For I consider that the sufferings of this present time [pre-parousia time] are not worthy to be compared with the glory which shall be revealed in us. (Rom. 8:18). See also v. 19.

That glory is associated with the resurrection of the dead (Rom. 8:23; 1 Cor. 15:43), which Dispensationalists affirm has not yet occurred.

Paul, writing to the Colossians, said, “When Christ who is our life appears, then you shall appear with Him in glory,” (Col. 3:4). At the time of writing, they were “hidden” which means not manifested in glory.

About the same time, Paul wrote the Philippians saying to them that Christ would “transform our lowly (body of humiliation) that it may be conformed to His glorious body,” when all enemies were subdued, (Phil. 3:21)

Word Commentary adds: “There is an eschatological aspect to this, for God will only be perfectly glorified in the Church when it fully shares in his glory (cf. [Eph] 3:13; 5:27).

Thus, Christ’s last days mission was to bring many sons “to” glory, (Heb. 2:10), a work being accomplished throught the Spirit.

Peter wrote that the first century church were partakers of the glory “about to be” (mellontos) revealed, (1 Peter 5:1, 4). Those were glories he affirmed would follow the sufferings of Christ, (1:11)

Therefore, not until all things are consummated and made new, thus when the last days were finished, did the church enter the glory of God. It is this glory which is affirmed to be forever and ever.

Commenting on the “unique features of the doxology in Eph. 3:21, Lincoln states, It stands alone among the NT doxologies in its inclusion of the term genea”, generation,” an in its combination of the singular and plural forms of aion [age].

This combination is used twice in the Septuagint, (Greek translation of the Old Testament) in Daniel 7:18, to speak about the everlasting dominion and possession of the kingdom by the saints is said to be the Christian formula for eternity. “Its sonorous languge is simply to underline the eternity of God’s glory…” Word, p. 217, 218.

F.F. Bruce commented that this phrase is the strongest expression of endlessness found in the Bible.

Thus, since that glory is the glory of the “age to come,” i.e. the Christian age, it is a glory which has no end, in a kingdom which has no end in a world which has no end. Therefore, contrary to Hinson and to his disappointment and dismay, there is no eschatology in an age of eternity.

The End of the Old Covenant

Eschatology, properly belongs at the end of the Old Covenant, Heb. 8:13. Those were the last days, i.e. Israel’s end times of which the Bible speaks.  Christ prophesied his coming fulfilled all things written by the prophets and would occur in connection with the fall of Jerusalem, (Luke 21:20–22, 27–32).

Christ said not one jot or tittle of the law could pass till all were fulfilled, Matt. 5:17, 18). So, we ask, does confining the fulfillment of Christ’s predictive prophecy about the end the Old Covenant to a past fulfillment eliminate any real need for the end (eschatology) of the Old Covenant?

Yes! In the words, of Paul, why does one hope for that he sees (already has in fulfillment).

Hope that is seen (realized) is not hope. We hope for what we do not see. Fulfillment of the Old Covenant ended at Jerusalem’s demise. There is no need to hope for either.