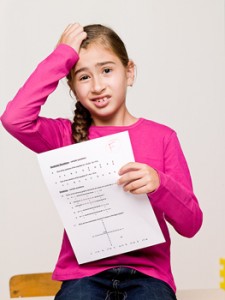 At our potluck for our church group last
night we had some interesting discussions
with our teenagers about money and
responsibility.

Are Only 144,000 Going to Heaven?, was a
question asked that was as much out of place
in that conversation as it is in this paragraph.

After we finished some good food and a lively
discussion, we had a ten minute devotional.

Everything went well, but at the end of the
discussion, one of the members, a really nice
lady said she was called “Miss Goody-Two-Shoes” by a coworker.

because only 144,000 people were going to heaven. She said, her minister, (a well known Pentecostal Preacher, told her that, for the same reason, he wasn’t going either.) He preached for years on the radio, TV and locally, until his death about a year ago.

What do you make of that? Seems, people are really confused. Shows how getting eschatology skewed can really undermine the confidence a person has in God’s blessings.

This was a teachable moment for all our teens. How sad it would have been to have their faith shaken in God’s word to such a degree. The question even came up, why serve God, if you’re not going to heaven?

Paul responded to a similar question saying: “If in this life only we have hope in Christ, we are of all men the most pitiable.” (1 Cor. 15:19) Then he posed a few questions of his own.

“If, in the manner of men, I have fought with beasts at Ephesus, what advantage is it to me? If the dead do not rise, “’Let us eat and drink, for tomorrow we die!’” (1 Cor. 15:32) If living and dying was all there is to life, then it made sense to remain where he was, under the law.

Yet, he previously asked, “And why do we stand in jeopardy every hour? Why did they preach Christianity under the threat of death if there were no advantage?

Some interpret the Book of Revelation chapter 7:1–8, to mean that only 144,000 people are going to heaven. They look at themselves and say, “I don’t have a chance.” What’s the problem here? It’s a misreading and misunderstanding of the text.

First, Revelation is written in signs and symbols, (Rev. 1:1–3). Having a basic understanding of those symbols helps one to understand the scriptures. The study of numbers in the Bible is called Biblical Numerology.

Certain numbers used in the Book of Revelation have certain meanings. For example, the numbers 3 equals divine perfection while,  7 means spiritual perfection. 6 is the number of man or imperfection, or the the man of sin. 40 is is the time of trial or testing.

In Revelation, the number 144,000 is not meant to be literal. A sign does not signify itself. The reference is to the remnant in Israel who were saved by the gospel. However, the text does not end with Israel.

No one alive today or since the close of the apostolic and Holy Spirit’s ministry can be part of the 144,000. They were sealed by the Holy Spirit, and are called the firstfruits.

“After these things I looked, and behold, a great multitude which no one could number, of all nations, tribes, people, and tongues, standing before the throne and before the Lamb, clothed with white robes, with palm branches in their hands,

and crying out with a loud voice, saying, “Salvation belongs to our God who sits on the throne and before the Lamb.

When one of the 24 elders asks concerning them, he also answered that they came out of the great tribulation and had washed their robes and made them white in the blood of the Lamb, (Rev. 7:13).

He then sees the entire multitude standing before the throne of God, serving him day and night in His temple. Note, this compares with verse 9, where the number which no man could number, of all nations, tribes, peoples, and languages stood before the throne.

In chapter 14, John saw the 144000 standing with the Lamb (Christ). They sang a new song before God’s throne. Again they are the firstfruits.

In Hebrews, Paul says of the church; they had come to Mt. Zion, to the heavenly city, —the throne of God, to an innumerable company of angels and to Jesus the Lamb, who is also the Mediator between man and God, (Heb. 12:22–23).

It is a picture of the completion of the mystery of God as he declared to his holy apostles and prophets, (Rev. 10:7), i.e. that the Gentiles would be fellow-heirs, of the same body and partakers of the promise [of Abraham] in Christ, through the gospel, (Eph. 3:3-6; Gal. 3:26-29).

The Fall of Babylon

More importantly, following the fall of Mystery Babylon, (Jerusalem in 70 AD), is that those who die in the Lord from that point forward are blessed.

So, rather than being without hope, God gave assurance that those who are in Christ are blessed. The number of the saved who are entering heaven are innumerable.

One of the most thorough resources on the Book of Revelation is Who Is This Babylon? The indepth research, clarity of presentation and irresistible logic make this book a must have for anyone desiring a better grasp on the meaning and message of Revelation. Visit DonKPreston.com to purchase or Amazon.