Are Butcherknives the New Hermeneutic of the Gospel of the Kingdom? 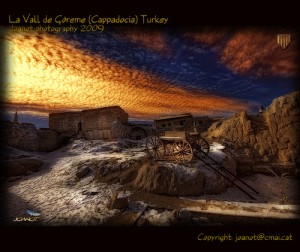 I can’t believe what I’m reading!
Imagine, Paul did not preach the
gospel of the kingdom of God!

The book of Acts does not mention
the preaching of the gospel of
the kingdom?

It was only preached from John,
the Baptizer until the cross! Reading
this is like watching a ghinzu  knife
commercial in the hands of a an angry chimpanzee.

Are butcher knives the new hermeneutic of the gospel of the kingdom of God? It’s not the first time that we heard

someone suggesting that certain parts of the gospel are cut out to appease the whims of those who can’t accept the message as it is.

But to argue that Paul, nor the book of Acts mentions the gospel of the kingdom strikes me as a bit insane.

In our previous post we addressed a few passages both regarding Philip, the evangelist and Paul who preached the gospel of the kingdom in the book of Acts.

Today, we look at another text that confirms that Paul did in fact preach the gospel of the kingdom.

But what is this about anyway? It’s an attempt to remove the imminent message of the arrival of the kingdom from the first century context. It is a shellacking of the truth.

Paul addressed the elders at the church of Ephesus from Miletus in his farewell address in which he recounted his missionary labors in Asia Minor. Please pay particular attention to the wording he used.

First, he says that he kept back nothing which was helpful to them but proclaimed it both publicly and privately from house to house, (Acts 20:20). We call that in preacher talk, “20/20 vision” —that is, Acts 20:20.

Secondly, Paul testified to the Jews, and to the Greeks, “repentance toward God and faith toward the Lord Jesus Christ, (Acts 20:21).

His intentions were to “finish” with joy and the ministry which he received from the Lord Jesus.  Now what was that ministry?  To testify to the gospel of the grace of God.

This is the same idea expressed in Gal. 1:6, in which Paul marveled that some so soon were removing themselves from the “grace of God” to a different gospel.

Thirdly, the testimony of the grace of God is the preaching of the kingdom of God.

Observe that Paul is yet discussing the work he had completed in Asia, that he hoped to finish.

He said, “And indeed, now I know that you all, among whom I have gone preaching the kingdom of God, will see my face no more.”

This preaching of the kingdom of God sums up all he said before. It was the preaching of the God’s kingdom in which he told all, holding nothing back, going from house to house and in public.

He carried this message to Jews and Greeks, risking his life to finish the course. He testified of the grace of God he received from Christ by having gone throughout Asia p;reaching the kingdom of God.

In so doing he was innocent of the blood of all men. Why? Because he had not shunned to declare the “whole counsel of God.”

Are Butcher knives the New Hermeneutic of the Gospel of the Kingdom?

In this attempt at “rightly dividing the word” and dicing up the book of Acts relative to kingdom teaching, we are told the gospel of the kingdom was cut off after Jesus’ death and will be taken up again at some alleged unknown secret time in the mind of the Dispensationalists.

In other words, how could Paul declare the whole counsel of God while leaving out a major chunk of that counsel? If he leaves out part of the whole what’s left, part or the whole.

My wife baked a delicious carrot cake today and I knifed through a nice-sized chunk of it. I guarantee you that there is not a whole cake left.

In like manner, to leave out the gospel of the kingdom dices up the gospel cake in the same manner.

Since it is recognized and understood by Dispensationalists that the gospel of the kingdom must be preached for the end to take place, (Matt. 24:14), if Paul and the apostles failed, omitted, refused chose or were “Spirit-led” not to teach it, then they were disobedient to Christ.

The commission they received commanded them to teach all nations, to observe all things Christ had commanded. Where’s the text which says he commanded them not to speak about the kingdom?

The command to publish the gospel of the kingdom to all the nations expresses an absolute in that it must be done first, (Mark 13:10).

Stay tuned for our next post, where we continue this theme with the topic, “I Have Finished the Race.”

Learn more about eschatology in a guided study on the ”THE LAST DAYS 5 VOL. DVD Set With additional PowerPoint CD”.