Alive Till Son of Man Comes? 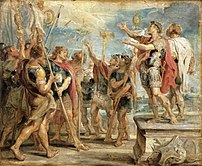 Would the Apostles remain alive till
the Son of Man comes? That’s a
simple question. The answer is not
so simple.

One would think that the apostles, long
since deceased, are certainly not roaming
through the streets of Israel.

However, according to the New Testament,
that’s exactly where they should be?

The following statement was published in

the first gospel, in Matthew 10:23: “When they persecute you in this city, flee to another. For assuredly, I say to you, you will not have gone through the cities of Israel before the Son of Man comes.”

This is a text about the coming of the Son of Man. We commonly refer to it as the second coming of Christ. See Daniel 7:13, for the reference.

It is one of three texts in Matthew’s gospel where he emphatically promises to return within their lifetime.

However, in this text the focus is on the hostility the apostles would face while carrying the message throughout the land of Israel.

Can we establish from this context that the apostles would remain active in Israel until the Son of Man comes?

A few points from the chapter easily establish this premise. According to verse 16, Jesus warns his apostles that he would send them out as sheep in the midst of wolves. By any stretch, that is a hostile environment.

Sheep and Wolves A Non-Mixer

Sheep and wolves don’t mix, unless the former comes with steak sauce! To further explain what he meant, Christ advises they would get into trouble with the religious rulers of the synagogues.

However, their troubles would not end there. It escalated even among civil authorities, bringing them before kings and governors. This served a two-fold mission. They would testify of Christ before the civil rulers.

A quick read through the book of Acts confirms the many troubles the Apostles faced in Judea and elsewhere. Their troubles started with the government following the healing of a lame man causing Peter and John’s arrest.

Union of Church and State

In Judaism, there was no separation of church and state. They had lawyers and judges that decided upon religious and civil matters.

This is one of the reasons their religion offered corporal punishment for crimes and disobedience.

The intensity of their intolerance in Judaism for Christianity, deemed a sect, split families right down the center. Inheritances were lost as Jews who defected from Judaism to become Christians were disinherited.

A person could find themselves with a death sentence from their own flesh and blood, brothers against brothers, fathers against children, and children against parents.

Amidst this environment, the apostles were to preach. Knowing that they would need refuge to avoid such hostilities Christ left them to fend as best as they could against their persecutors.

This meant they were to escape danger as best as they possibly could on their own. Their was no miraculous hand from heaven to reach down and lift them out of the troubles they faced, except temporarily in a few instances.

As soon as those isolated events occurred. They were right back in face of danger.

However, Christ the following words of encouragement. He said as they were being persecuted from city to city in Israel, they were to flee from the persecution to find refuge in the next town.

The comfort Christ offered them was that before they would exhaust every city in Israel, he would return.

To the question, “Are Christ’s apostles alive in Israel today?,”  the answer is no. Are they yet being persecuted as they flee from city to city in Israel? Again, one must answer no.

If these answers are no, then one must answer yes to the question, Did the Son of Man come in the first century. That generation could not pass till all were fulfilled, (Matthew 24:34).

Learn more about the coming of the Son of Man. Order copy of the Last Days. See Amazon item in lower right or click here.