A Day Is As A Thousand Years 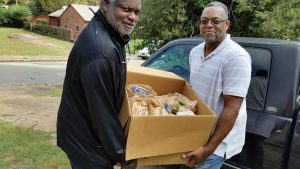 A common objection to Christ’s return in 70 AD is that “a day is as a thousand years and a thousand years as a day.” This text from 2 Peter 3:8 is quoted with confidence by those who feel that have the complete refutation of the Preterist view in this one text. However, as the saying goes, that which proves too much proves nothing. Why? It’s because there are several problems with how the futurist misuses this text. First, it is used to contradict Peter. Secondly, it is used to contradict Moses. Thirdly, it is used to concur with the Scoffers.

A Day Is As A Thousand Years Argument Contradicts Peter

While it is commonly understood by the futurist position, i.e. the belief that Christ’s return is yet future, 2 Peter 3:8 speaks of a long time. However, there is not one single place in all the New Testament which speaks of a long-delayed parousia (presence or coming of the Lord) which occurs after multiple centuries. In fact, there is no passage in the New Testament which places Christ’s return over a single century.

Peter does not use the language of 2 Peter 3:8 to speak of a long protracted return. Rather, he used it to speak of the imminent return referred to in his first epistle:

Secondly, A Day Is As A Thousand Years Contradicts Moses

In the 90th Psalm, which scholars and the notes in the some Bibles attribute to authorship by Moses, it describes the “thousand years as a day”. However, all the comparisons made are very short periods of time. Not once does Moses indicate he is referring to a long time. In fact, he seeks to encourage Israel that the judgment and wrath of God under which they had fallen, would not last a long time.

Moses introduces the topic of the thousand years with a reference to judgment. “You turn man to destruction, and say, ‘Return, O children of men.”  Observe how verse four is explanatory of verse three. For a thousand years in Your sigh are like yesterday when it is past, and like a watch in the night.” His point is, yesterday passed quickly. The second comparison was a “watch in the night”. That means not even a full night but only a portion of it. It was a watch. The Jews divided the night into three four-hour watches. A single watch was a very short time. The Roman watch by comparison was a three hour watch, an even shorter period. Note that all of Moses’ examples are short periods of time:

Note how Moses returns to his theme of judgment in discussing the thousand years in v.7, identifying his own generation. “For we have been consumed by Your anger, and by Your wrath we are terrified. You have set our iniquities before You, our secret sins in the light of your countenance. For all our days have passed away in Your wrath.” We finish our years like a sigh. The days of our lives are seventy years; and if by reason of strength they are eighty years Yet their boast is only labor and sorrow; For it is soon cut off, and we fly away.” Who know the power of Your anger? For as the fear of You, so is Your wrath.”

The reader will note that verses 7 and 11, form an inclusio of God’s judgment and wrath upon Israel. We will address this further in part two. For the moment, note that all of Israel’s days were consumed in wrath, their life was short and “soon” cut off. Not one single reference in the context indicated that the thousand years was of a millennia or more in duration. At the very longest, 70 years is mentioned with 80 years being the exception.

Thirdly, A Day Is As A Thousand Years Continued:

In our next installment, we will demonstrate how the Day as a Thousand Years argument used by futurists contradicts not only what we find in the 90th Psalm and what we have here written, but it also concurs with the Scoffers. In the mean time, check out our book on the 23rd Psalm for peace and comfort in your daily walk with the Lord as the Good Shepherd. and Stay tuned for our breakdown of how this all works out. By the end of our study, it should be clear how both Moses and Peter used the illustration of a day is as a thousand years to emphasize the nearness of God’s judgment upon Israel.