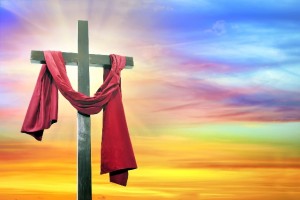 What is the nature of the death spoken of in 1 Corinthians 15? Most would answer without a second thought that it speaks of physical death as the theme of the chapter. This accords with tradition and appears to be the meaning from the surface reading of text. However, before we draw the line or reach premature conclusions we suggest another approach.

This view may not be familiar to you, but our aim is to present the Old Testament Scriptures as the background proof. For many from the churches of Christ fellowship, the common practice was and is to teach that God was finished with Israel at the cross, i.e. 30 AD. Most Dispensationalists reject this idea and for good reason. Preterists, (those who accept Covenant Eschatology) reject it as well.

The damage or harm to the current study is that it forces one to look outside of the scriptures as the source of their theology. Once we eliminate the Hebrew Scriptures as the source, (something neither Jesus nor his apostles did), then we open the door to Greek philosophy and modern western thought. We lose the rich culture and nuance of the Hebraic mindset.

1 Corinthians 15 Starts With A Reference To Old Testament Scriptures

The first verses in 1 Corinthians 15 refer us to the Old Testament. Nor is it to an insignificant text. Rather, it is the very text with a bearing on the discussion at hand. Paul’s reference to the gospel demonstrates he is dealing with the question and problem of sin, not human flesh or biological death.

So why such a discussion here?

Getting started in the right direction and on the correct path is critical. If we fail to start correctly, stay the course the apostle set, then we may end in a place of scripture where our views and the apostles never meet.

Moreover, brethren, I declare to you the gospel which  I preached to you, which also you u received and in which you stand, by which also  you are saved, if you hold fast that word which II  preached  to you –unless you believed in vain. For I delivered to you first of all that which I also received: that Christ died for our sins according to the Scriptures, and that He was buried, and that He rose again the third day according to the Scriptures. (1 Cor. 15:1-4)

The first issue we’d like to address from this text is not the nature of Jesus’ body, but for what purpose or to what  end did he die? That t is what Paul addresses. Everything which follows serves to support that premise.

1 Corinthians 15 Teaches That Christ Died For Our Sins

Is there further proof that Christ died, was buried and was raised for our sins. For certain, there are many in the text which we will explore. But let’s take note of this one in verse 17. “And if Christ is not risen, your faith is futile; you are still in your sins.”  So Jesus’ resurrection was for the purpose of delivering us from our sins. (Rom. 4:25; Gal. 1:4).

Therefore, sin death is where Paul begins in 1 Corinthians 15. So let’s hold on to that ground for now. In our next study, we will examine the source of Paul’s quotation to determine if they are supportive of his statements regarding Christ’s death and resurrection.

For an additional rewarding study of 1 Corinthians 15 and the surrounding context strongly suggest getting our two part audio CD study. It comes with complete manuscript. Order here and we will it ships automatically.