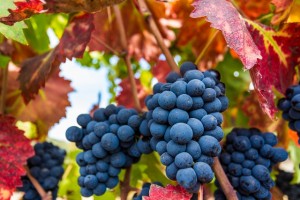 In this part our study, 1 Corinthians firstfruits, we examine another concept that suggests the chapter focuses on spiritual death versus natural or biological death. This is noted in the term firstfruits (Gk. aparche).

Firstfruits describes two concepts. The first is chronological, i.e. the order of time in which the event occurs. Secondly, the nature of the event. The idea of the firstfruits relates to the Jewish harvests which was centered around the feast days.

Three pilgrimage festivals were mandated in Exodus 23:14-17: a seven-day springtime festival centered around the cereal harvest; an early summer festival when cereal harvests were done; and an autumn festival of ingathering, when olives, grapes, and other fruits were harvested (cf. Ex. 34:18-23). Jesus and the Jewish Festivals, Gary M. Burge, p. 26

The feast of Passover, (Pesach, Hebrew) held from Nisan 14-22, was a seven day feast, wherein all work suspended, making it a Sabbath. It ending with the waving of a sheaf of barley or wheat signifying the harvest to come, (Lev. 23:10-14).

The book of Deuteronomy strictly prohibited the celebration of Passover anywhere but “the place the Lord will choose as a dwelling for his Name” (Duet. 16:2; i.e. Jerusalem). It wasn’t until after the destruction of Jerusalem (70AD) that Passover celebrations became common.

It corresponded in time with the wheat harvest, and was also called the feast of weeks. It is at the time of Pentecost that Israel was given the law under Moses.

In Acts 2, we have the law going forth and the word of the Lord from Jerusalem a second time at the inauguration of the New Covenant.

The End of the Harvest and Third Festival

The third pilgrimage festival took place in the autumn during the seventh month of the Jewish year (Lev. 23:33-44) which is called Tabernacles (Hb. Sukkoth).

The term referred to a rough shelter made out of branches, and it recalled the harvesting of tree and vine (figs, pomegranates, grapes or olives. This was a time of joy and celebration since it was truly the end of the harvest year.

Israel told three great stories around these festivals. At Passover, they retold the story of the exodus from Egypt. Pentecost remembered the covenant given at Mt. Sinai. Finally, Tabernacles recalled the wilderness wanderings after departing Sinai when Israel had to live in temporary shelters.

It is these great festivals the Apostle has in mind when he speaks of Christ, the firstfruits and afterward those who belong to Christ at his coming.

“Therefore, having obtained help from God, to this day I stand, witnessing both to small and great, saying no other things than those which the prophets and Moses said would come–

‘that the Christ would suffer, that He would be the first to rise from the dead, and would proclaim light to the Jewish people and to the Gentiles.” (Acts 26:22-23).

In part two of this study, we complete the segment on 1 Corinthians 15 firstfruits.