1 Corinthians 15 Death of Adam Part I 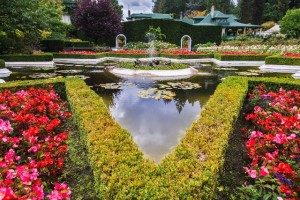 As we approach the death of Adam, we are now about a third of the way in our study of 1 Corinthians 15.  In the previous study, I mentioned that the verses regarding Adam’s death and resurrection through Christ were “strategically” placed between verses 20 and 23 which speak of the Jewish harvest festivals.

That is strongly suggestive that the nature of death determined by those festivals establish the nature of the death and resurrection introduced with the Adam and Christ antithesis.

Thus, in considering these verses, we do not deviate from the thesis of our study, that Paul begins this chapter with the subject of “sin-death”.  So far, he has remained consistent through the following verses. We feel confident that if you’re following our study, you can see the reasons why we take this approach. Now, let’s discuss the death of Adam.

“For since by man came death, by Man also came the resurrection of the dead. For as in Adam all die, even so in Christ all shall be made alive.” (1 Cor. 15:21-22). Note, that this verse is introduced as explanatory. The word “for” explains what Paul has already been discussing. Since we’ve established that Jesus is the first fruits from sin-death, Paul simply defines that death by appealing to Adam.

Thus, the text would read, for since by man came “sin-death” by man came also the resurrection from sin-death. But, to delve deeper we continue.

What Death Came By Man (Adam)?

As simple as the above point may seem, it is not universally accepted. So, let’s take a journey in the first book of the Bible and note a few texts.

“And the Lord God formed man of the dust of the ground, and breathed into his nostrils the breath of life; and man became a living being.” (Gen. 2:7). Does man have eternal life at this point? No. Why? It’s because Adam is “outside” the garden and the “tree of life” is “inside” the garden. He has no access to the tree of life as of yet. He simply becomes a living being, made from the dust.

Adam Is Placed Inside the Garden

Next, we read that Adam is placed inside the garden, which was geographically located “eastward” in Eden. Then God placed the man whom he “had formed” in the garden. Note, Adam was not placed there to receive physical life. That he already had.Therefore, the tree of life was not necessary to provide physical life. Further, after his sin, Adam yet had physical life. If eating of the tree would allow him to “live forever” even after he sinned, he would also have lived forever had he eaten of it before he sinned. If not, why not?

The garden, which was eastward in Eden was not necessary to sustain Adam’s biological life. He was a natural human being. He was subject to physical death, just as were all the animals and plants around him.

Had Adam refused to eat the plentiful supply of food God provided, he would have starved to death. The natural chain of life and death was inherent in the creation. A seed brings forth after its kind, (Gen. 1:11). In order to to that, death must occur. (That is where Paul draws his seed sowing analogy from in 1 Cor. 15:36. What you sow is not made alive unless it dies). It was based on “natural law”.

Notice that besides the trees which were good for food, which God made to “grow out of the ground” God mentions two other trees, (v. 9) which clearly indicates they have a separate function or special purpose. They each produced something more than nutrition. They offered “spiritual” consequences or benefits.

The Purpose of the Two Trees

We know from Gen. 3:22, that the “tree of life” provided the ability to “live forever” i.e. eternal life, upon eating of it. That is a spiritual consequence or blessing. Then, it must be the case that the tree of the knowledge of good and evil offered an opposite spiritual consequence, i.e. death and condemnation. Such is stated clearly in the law Adam is given.

The Law of Sin and Death

“And the Lord God commanded the man, saying, ‘Of every tree of the garden you may freely eat; but of the tree of the knowledge of good and evil you shall not eat, for in the day that you eat of it, you shall surely die.” (Gen. 2:16-17).

To disobey this command resulted in sin. Sin, when finished brings death (Jas. 1:13-15). The command introduced the law of sin and death. As Paul  wrote in the Romans letter, “But sin, taking opportunity by the commandment, produced in me all manner of evil desire. For apart from the law sin was dead. I was alive without the law, but when the commandment came, sin revived and I died. And the commandment which was to bring life, I found to bring death.” (Rom. 7:8-10)

Adam’s task was to live in perfect obedience to the law. Had he done so, he would have “earned” or “merited” life. He would have obtained life by his “works”. In him, we learn that the law was good, but man left to himself could not bring himself to do what was good. Thus, he could not be justified by law.

In part two of the death of Adam, we will examine the New Testament commentary on the fall of Adam. Our aim is to note whether it supports the facts we have uncovered here, namely that Adam was created a living being, capable of dying physically apart from sin. He was placed in the garden with access to the “tree of death” and the “tree of life”. He exercised his free will, choosing the former, and died a sin-death, the day he ate.