1 Corinthians 15 Chronology of the Resurrection

The Chronology of the Resurrection 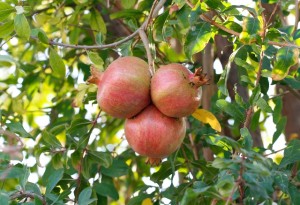 In the chronology of the resurrection, we continue the previous study. You may want to refer to it to get the full grasp of this post.

The resurrection follows these same great festivals, and are alluded to in 1 Corinthians 15:20-23.  It is interesting that verses 21-22 are placed within the framework of verses 20-23 which serve as bookends to the story of Israel’s harvests.

In other words, we have the “death of Adam” vs the resurrection of Christ clearly embedded in within this framework, further identifying the nature of the death, both with the Jewish festival symbolism and the historical narrative of Genesis.

What  is the Meaning of Harvest Typology in 1 Corinthians 15 Firstfruits?

Let’s begin with verse 23, since it gives the full reference to the feasts. It reads, But each one in his own order, Christ, the firstfruits, afterward those who are Christ’s at his coming. It is important to note that Christ is the first of the firstfruits, who is raised from the dead in connection with the Passover festival mentioned above.

This corresponds with the barley harvest. The time was Israel’s exodus from Egypt. Jesus’ death is spoken of as an “exodus” (Luke 9:31). He departs from the world of Judaism, from the realm of the flesh (1 Pet. 3:18) to enter the world of the Spirit. These are covenantal states and have nothing to do with the biological nature of man.

Seven weeks later is the wheat harvest on Pentecost. This was associated with the giving of the Law. In the book of Acts, we have the gospel, the law going forth from Zion, preached for the first time with about 3000 souls who begin their exodus and pilgrimmage out of sin-death.

They are the second portion of firstfruits and a are a pledge of the coming harvest of the “dead ones” who had died under the Old Covenant. James speaks of them as firstfruits. “Of his own will He brought us forth by the world of truth, that we might be a kind of firstfruits of his creatures. (Jas. 1:18).

They are called firstfruits because they have the “firstfruits” (miraculous) of the Spirit poured out on Pentecost, (Rom. 8:23). They are the same firstfruits saints of Rev. 14:4, who inclusive of the 144,000, came out of the great tribulation (Rev. 7:14) and are called the church of the firstborn ones, (Heb. 12:23).

This, and the fact that they were the recipients of the miraculous Holy Spirit, means they could be none other than first century Christians.

The Fruit Harvest of Ingathering and Booths

The last festival was that of ingathering, also called “sukkot”. It began in the fall, 7th month of Tishrei, on the 15th and lasted until the 22nd. Israel harvested their grapes, pomegranates, figs and dates, etc. It was the “end” of their harvest season.

This time corresponds to the resurrection of the dead ones who would be raised at the end of the age. They are the last in order, using Paul’s analogy.

Identifying the Nature of the Christ’s Resurrection and the Firstfruits

How is Christ the firstfruits? That term, as noted above, is a chronological term. It is emphasized in the order of the feasts. Passover came first, separated by 50 days for the next festival of Pentecost, which was separated again from the final harvest.

Further, the term “order” from “tagma” which means anything placed in order of succession or rank. Thus, the death of which Christ is the firstfruits must be the first of its kind, that in which he leads and of which there has been no predecessor.

Some object by saying Jesus was the first to rise from the dead to “die” no more. Here, they can only mean physical death, because that is the death they are attempting to prove.

But, if Christ is the first of the firstfruits, and the saints on Pentecost are “firstfruits” with him and of the same nature as “his death”, why did they all suffer biological death? Such argument defeats itself.

Christ was the first to rise from sin death, out of sin-death, Hadean death which belonged to the Old Covenant realm wherein sin reigned, never to return to it again.

Secondly, those who were called the firstfruits in the New Testament, were living, i.e. physically alive. Their firstfruits status organically connects them with Christ. But they had not died physically. Yet, they had died to sin. They were raised (being raised) with Christ.

New covenant saints, i.e. those who responded to the gospel, were likewise raised from sin-death and thus shared in the same nature of the resurrection as did Christ. They were the pledge awaiting the resurrection of the “dead ones”, the last in the order of the harvest to arise out of sin.

We believe it will give even more support of the nature of the death in 1 Corinthians 15. So far, we have started on track and kept on track using the scriptures as our guide.